So for this origami project, I decided to take it a little bit further than most of the projects I’ve done thus far. 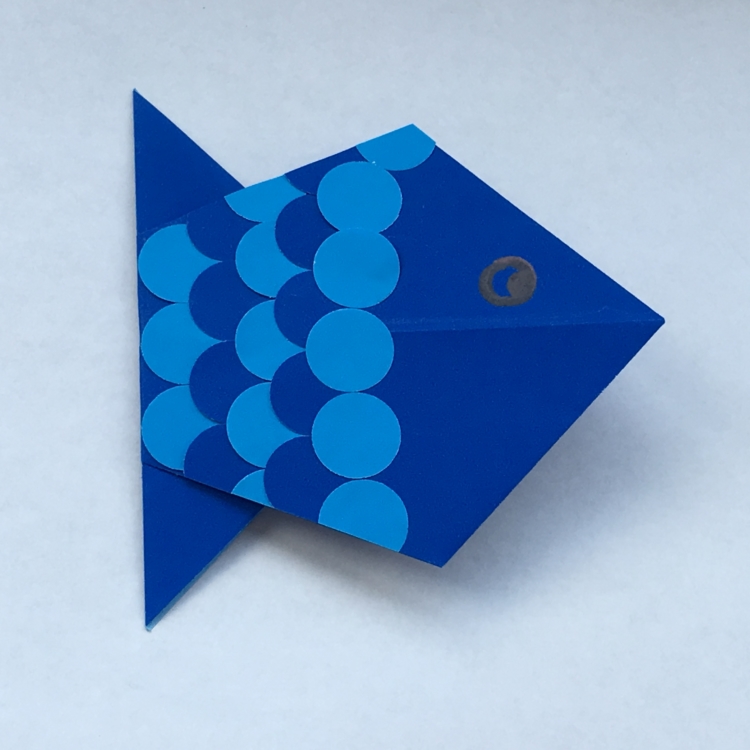 While the body of the fish itself is all origami, I decided to add little cut out circles to hep further illustrate the scale effect that all fishes have.  It actually came out really well, if I may say so myself.

Check out the tutorial below.  For this project I used a  6″ x 6″ double sided origami paper (one of the sheets was in a lighter but complimentary shade), 5/8 inch paper punch, adhesive (I used tape runners but feel free to use whatever you have on hand), scissors. 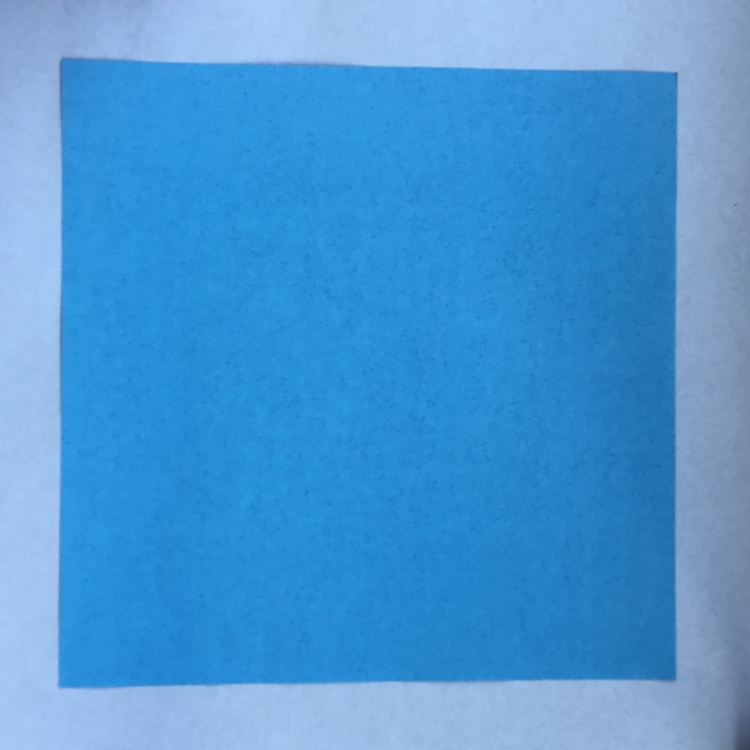 Place the sheet of paper right side facing down. 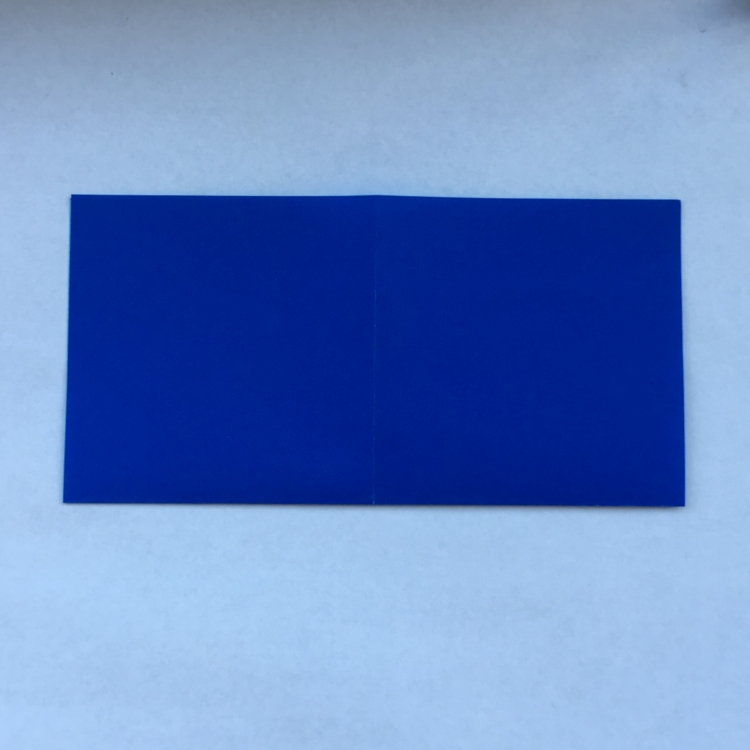 Fold the sheet of paper in half horizontally.  Create a sharp crease by running a bone folder or a finger nail over the fold. 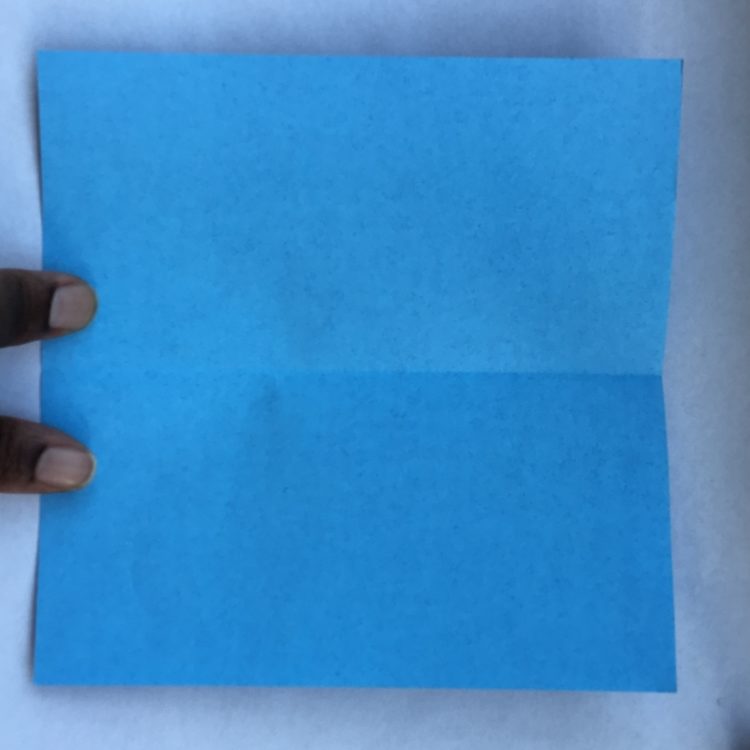 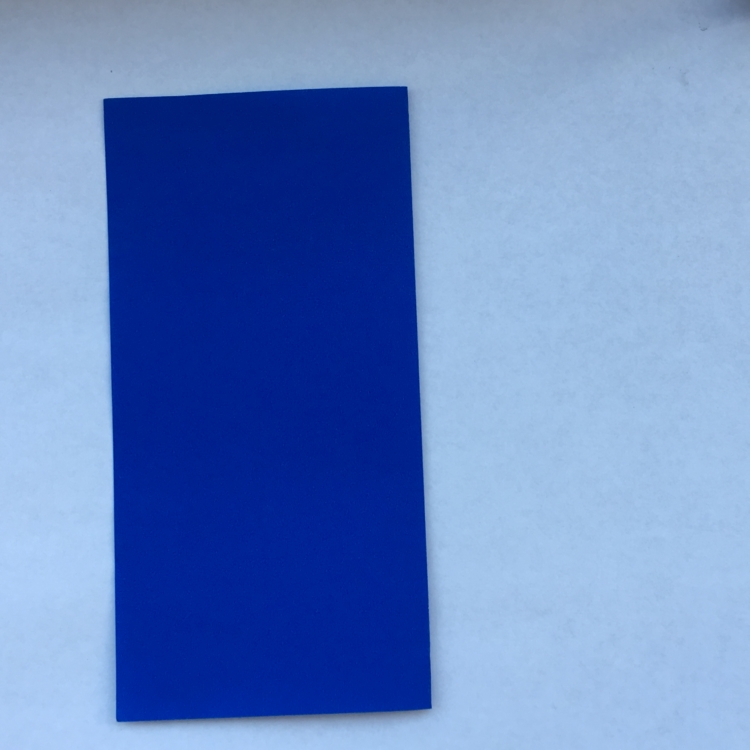 Fold the sheet in half again but this time vertically. 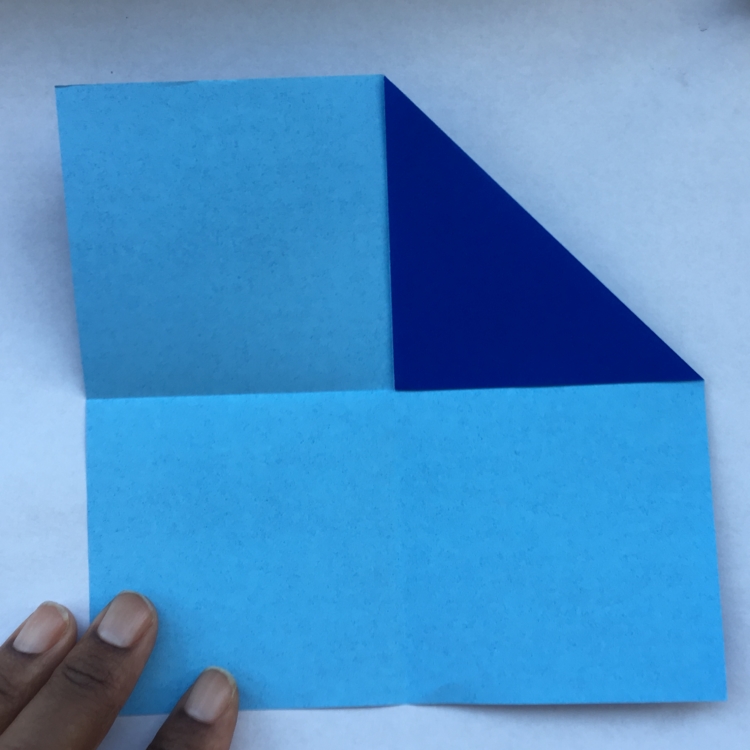 Unfold then bring the right top corner to the center where the first two fold lines intersect.  Create a sharp crease on the fold line. 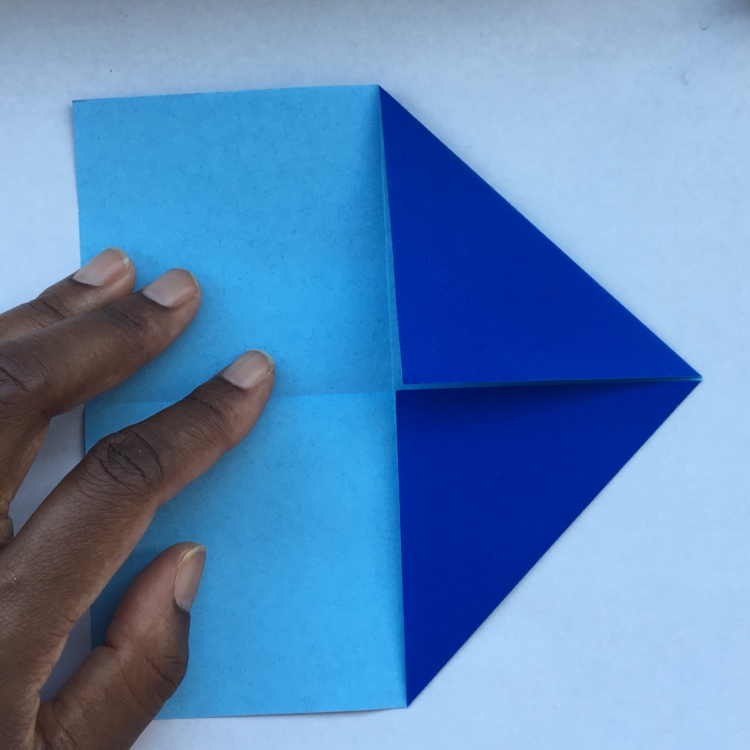 Repeat with the bottom right corner. 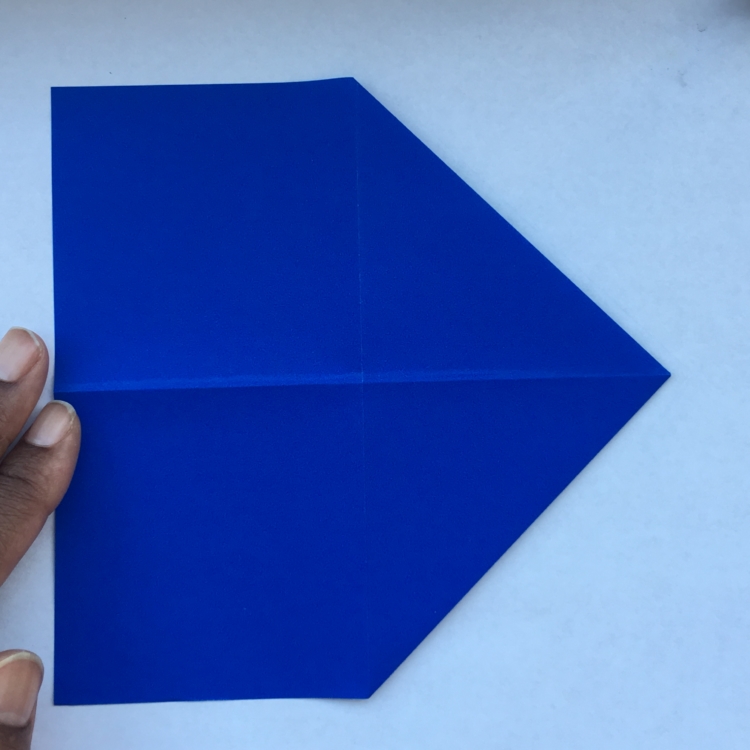 Turn the sheet of paper up side down. 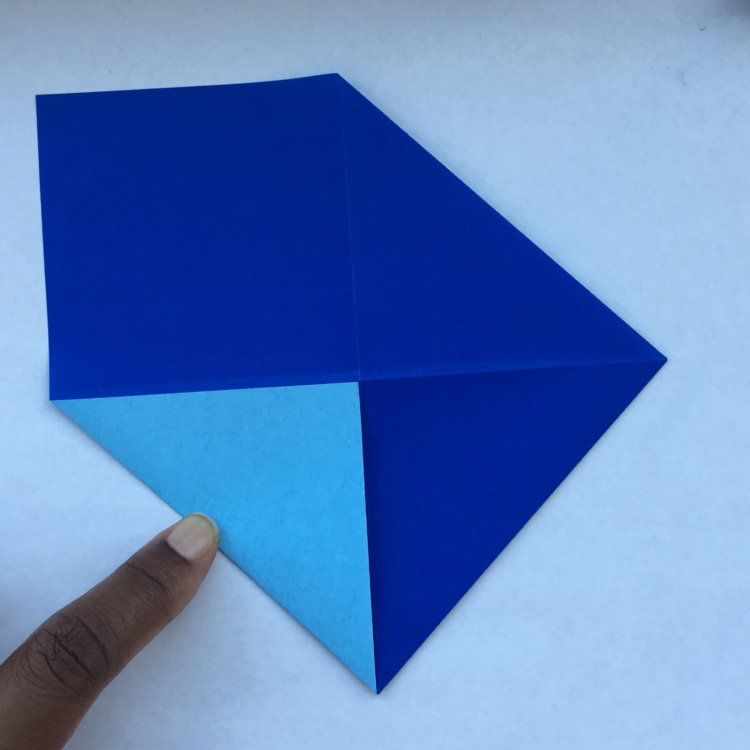 Take the bottom left corner and bring it to the center where the first two fold lines intersect.  Create a sharp crease on the fold line. 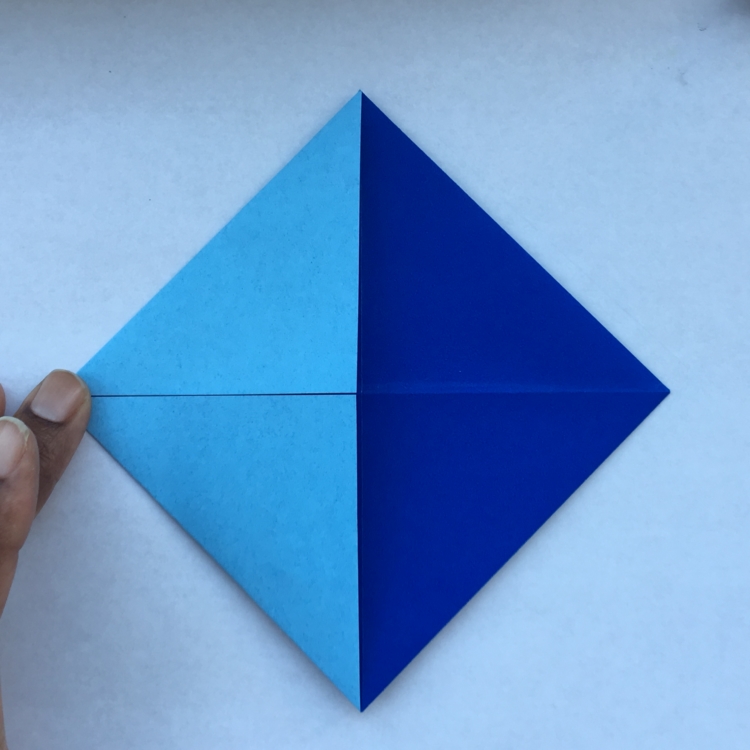 Repeat with the top left corner. 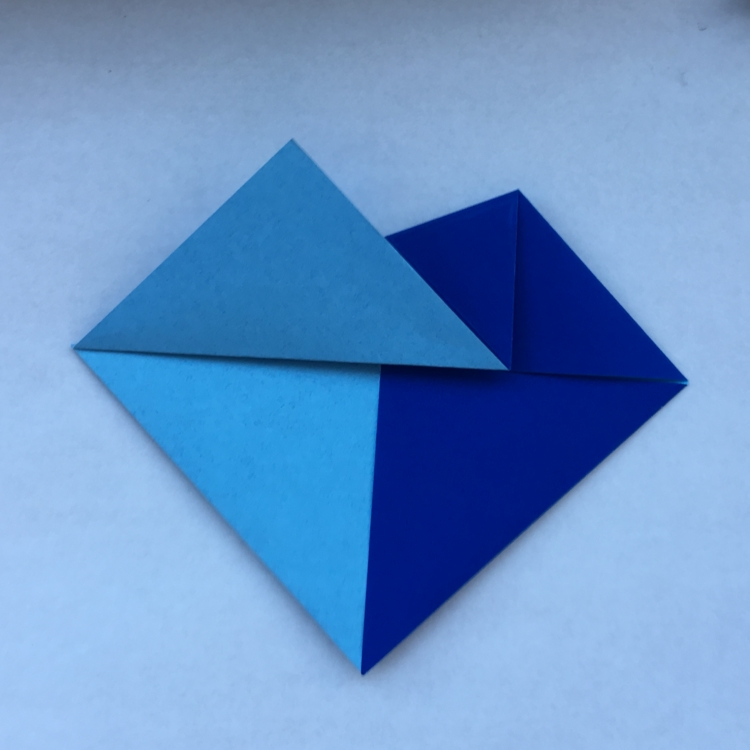 Next, turn the sheet of paper upside down and bring the top left edge to line up with the vertical fold lines as shown above.  Make sure that the triangle that was created in the last step is not folded down but is free as shown above.  Create the  sharp crease. 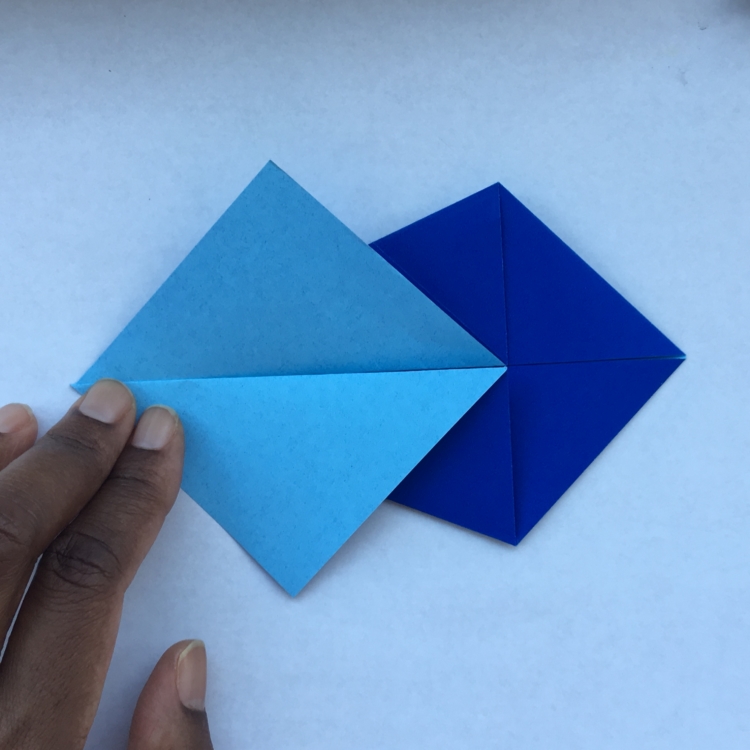 Repeat the process with the bottom left edge.  For the next step your match points will be the left corner and where my fingers are and the right most corner of the lighter blue diamond. 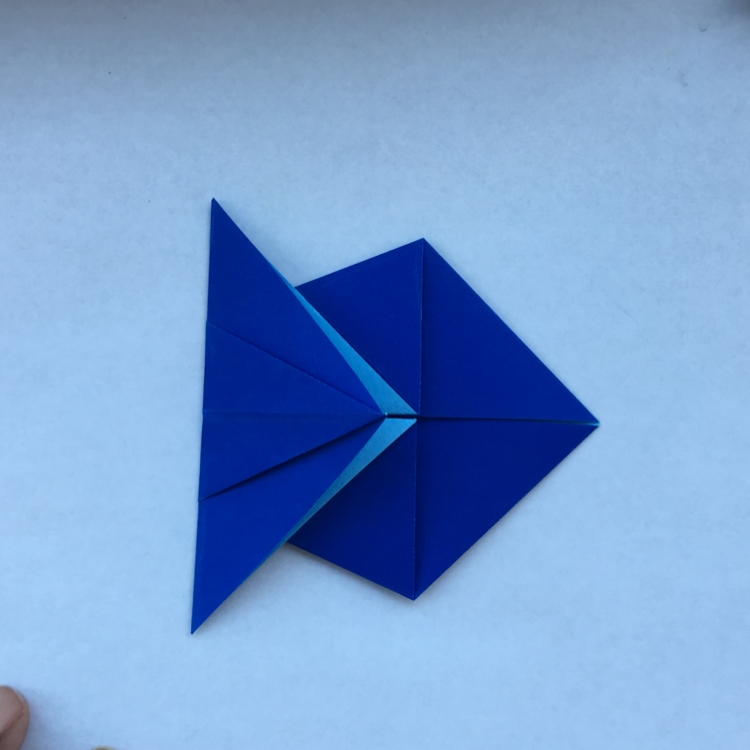 Bring the left corner to the right corner and create a sharp crease. 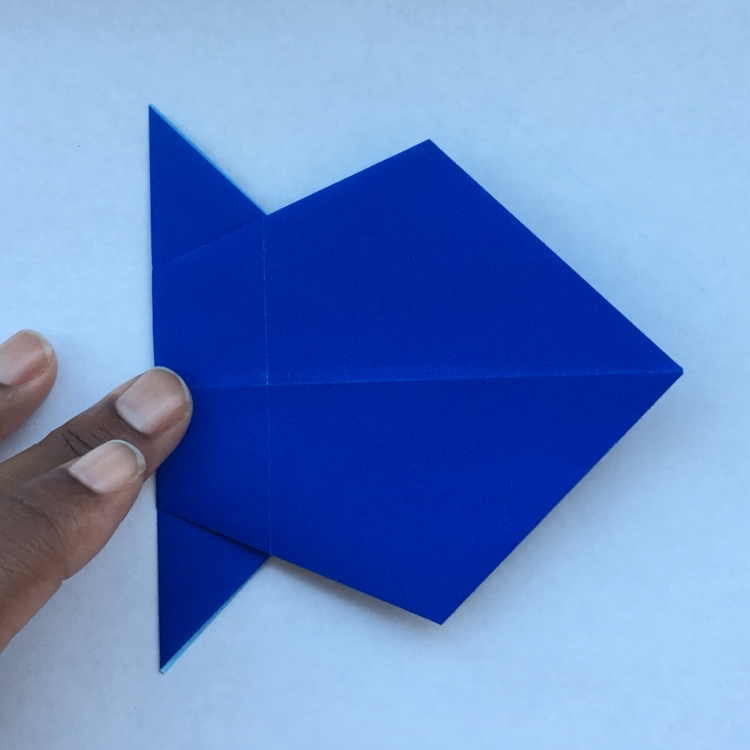 Turn your fish right side up. 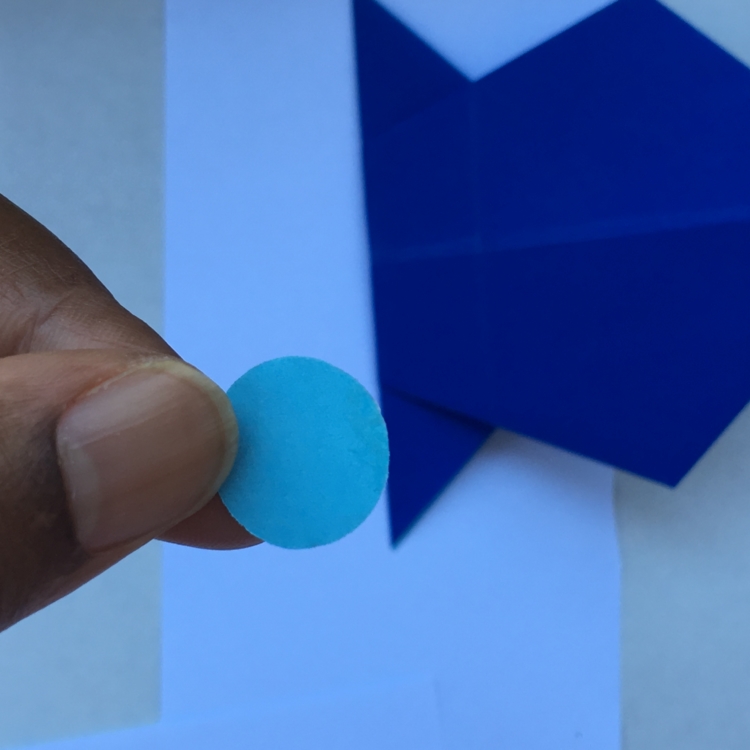 As I mentioned above, for this project, I decided to add a non traditional origami technique.  I cut out 5/8″ circles with my punch then added a line of glue tape on the top half of the circle then placed at the bottom fin. 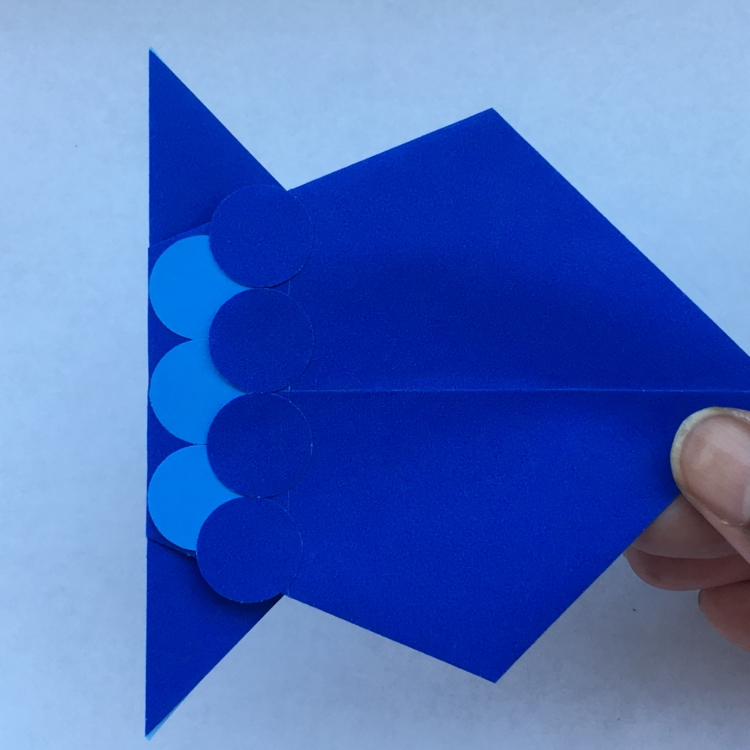 I used two colors: a lighter shade and the same shade as the fish.  So for each row, I placed a “fish scale” next to another.  For the next row I placed the scales so that they overlapped the bottom scales. 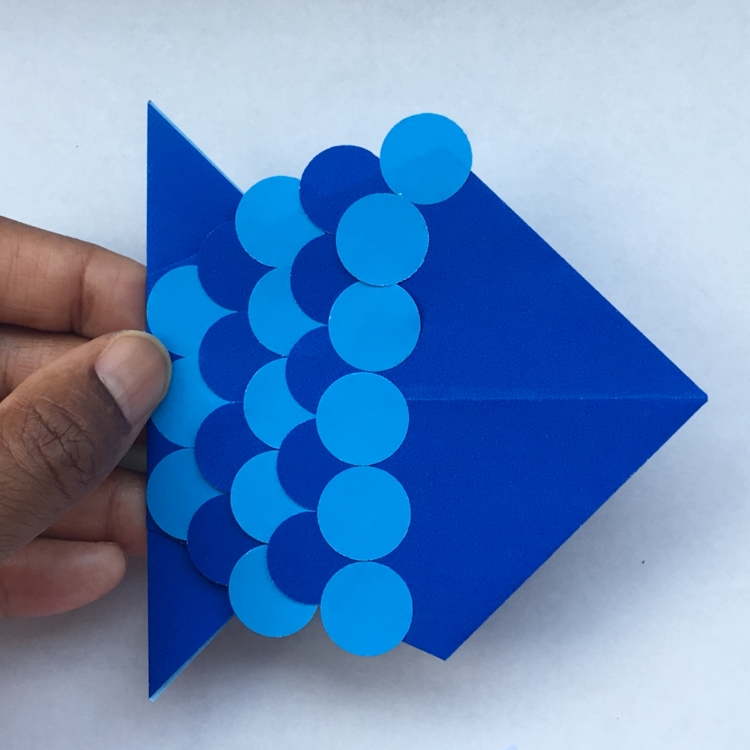 All done.  Now I am ready for the finishing touches … 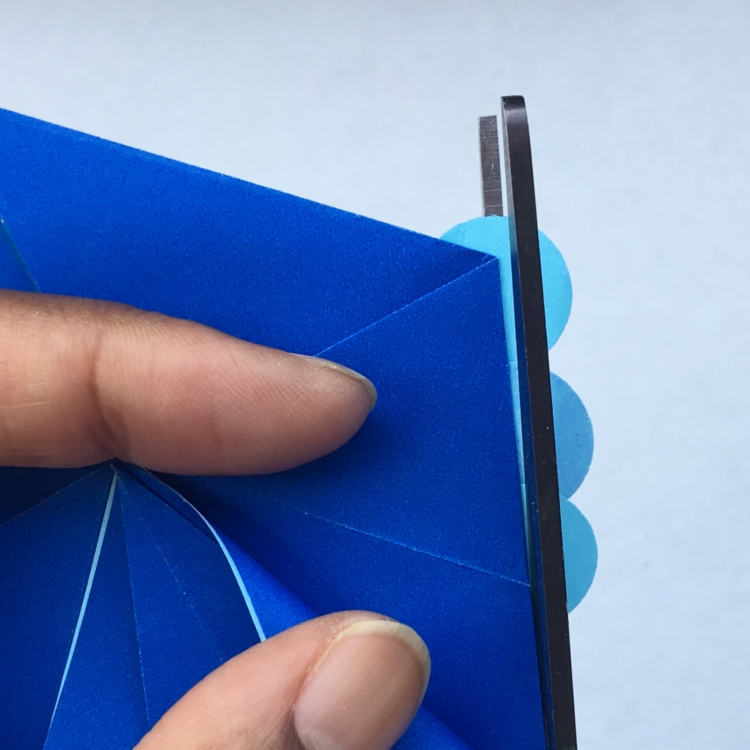 First turn the fish up side down and cut of any ends of the scales that go past the side edge. 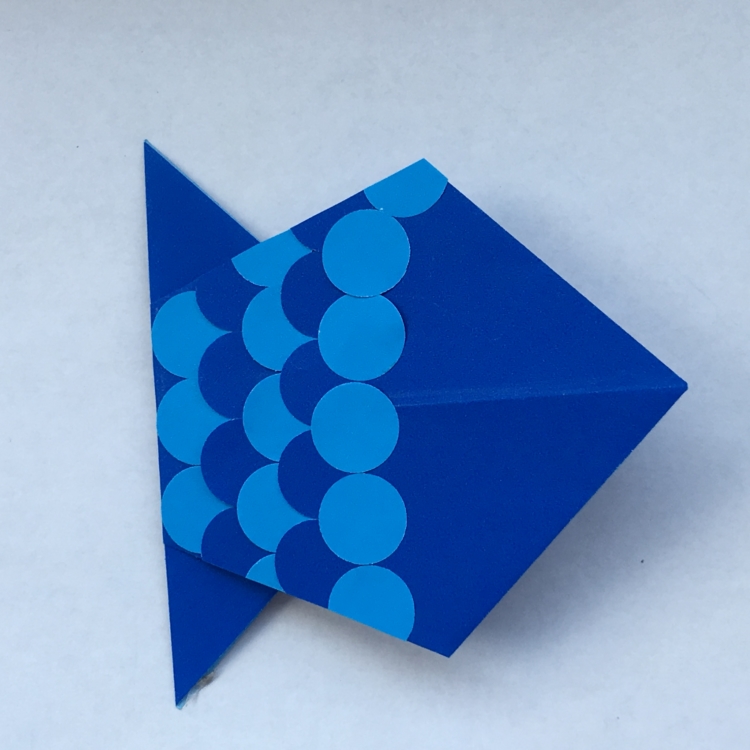 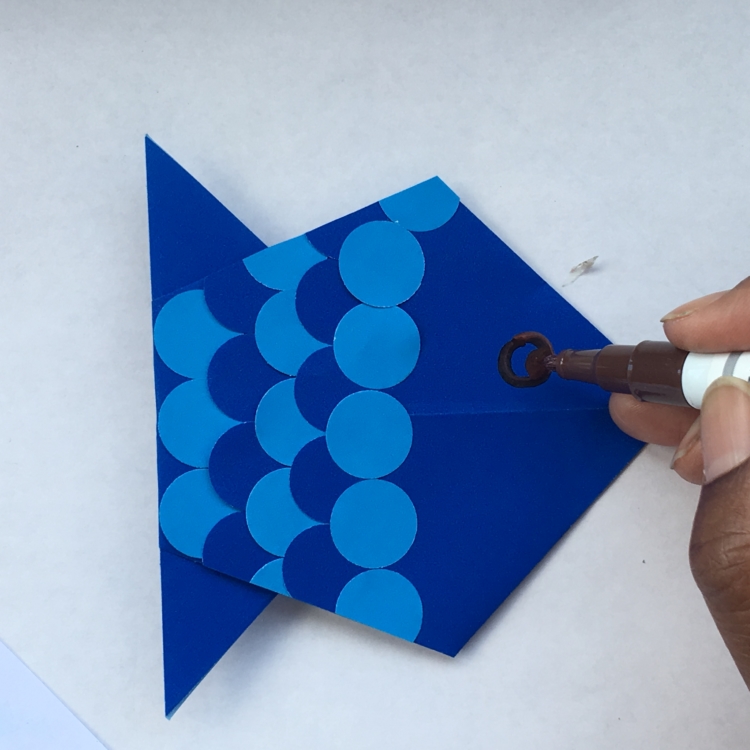 Add the eye and … 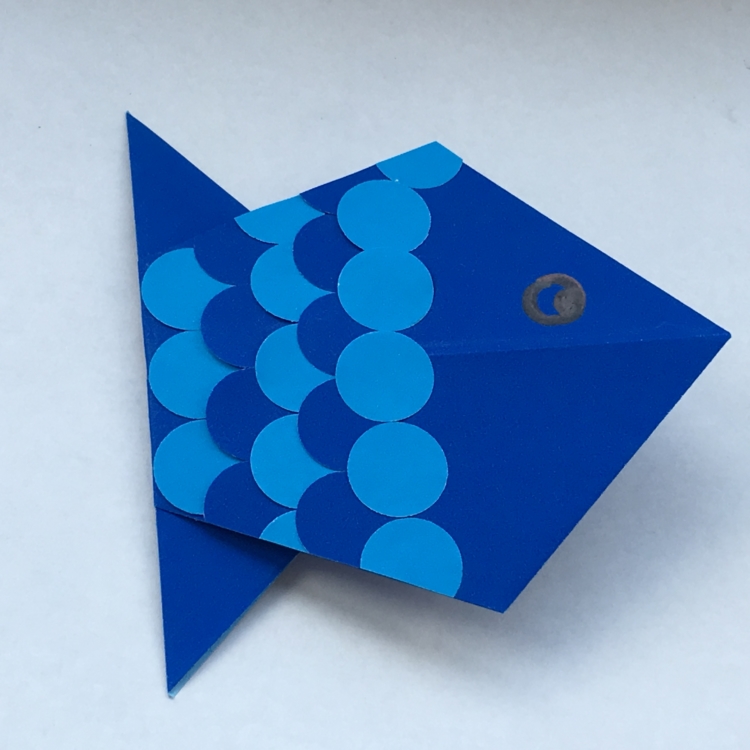 All done.  Welcome to the origami family little fishy.