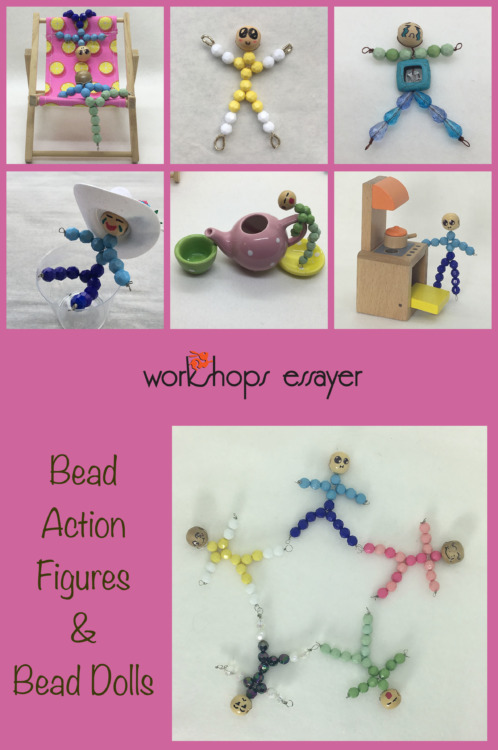 Bead dolls have become one of my most favorite DIY’s for our classes.  This version of our bead dolls / action figures came about several years ago after I had seen a number of dolls on tutorials on Pinterest.

What I liked the most about this version of bead dolls is how they are are posable.  They then become an actual action toy than ones made with cording or string. 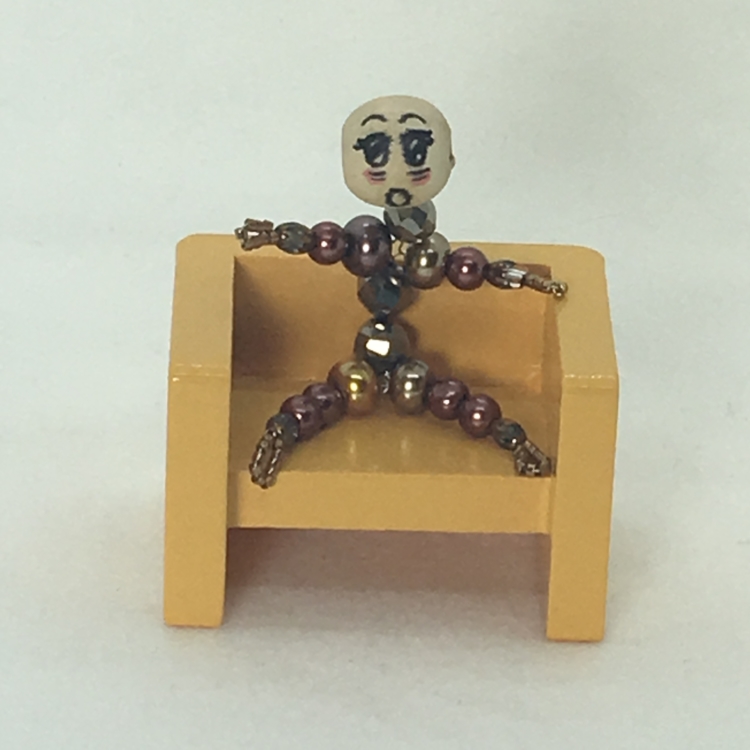 So each kit comes with everything to make one of these adorable action figures.  Check out below how to make one. 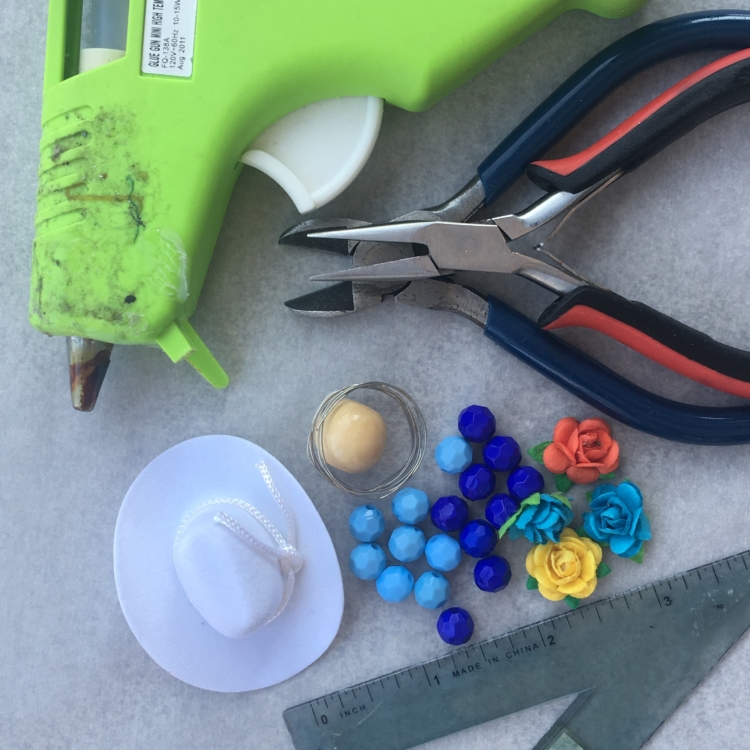 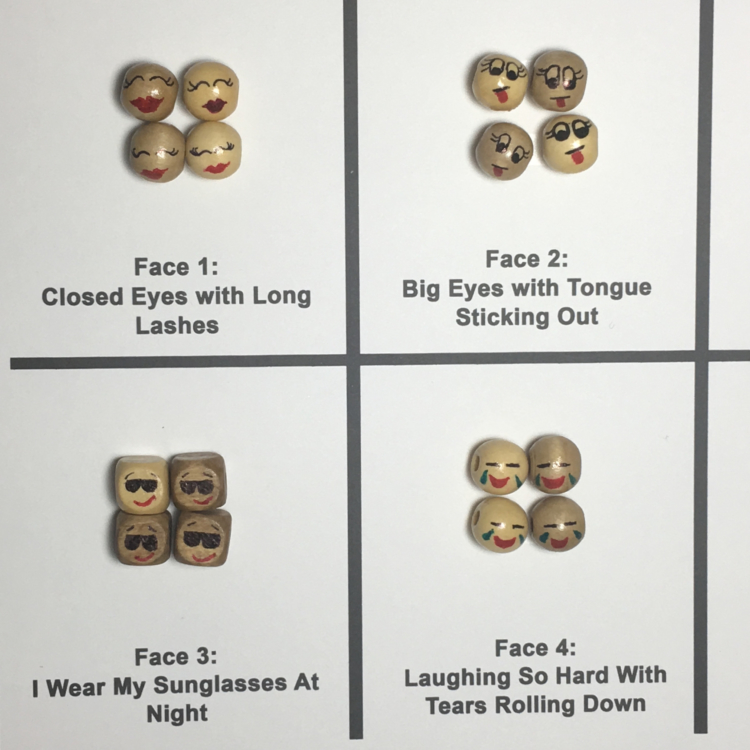 Bead people faces.  Pick the one you like most. 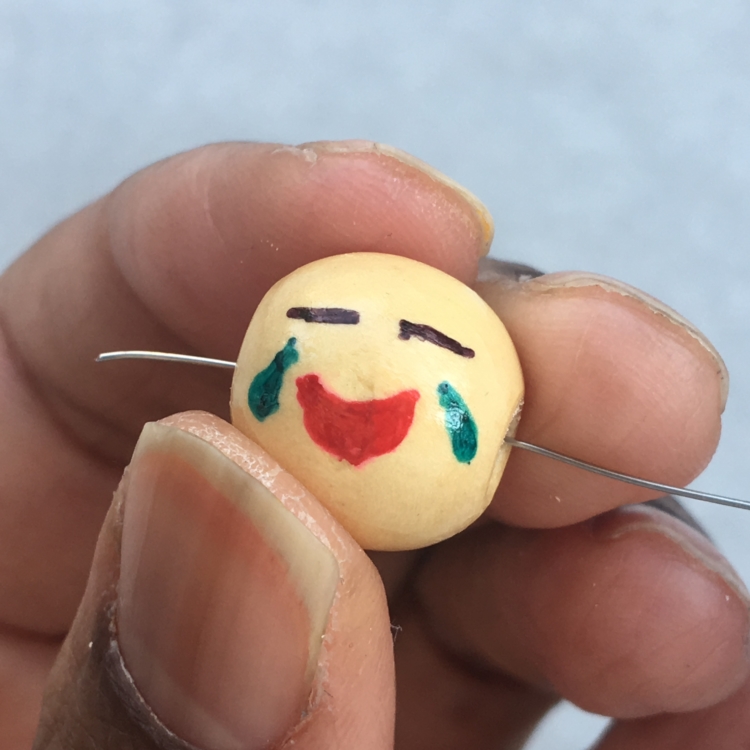 Cut a 14 inch length wire and insert it through the head bead. 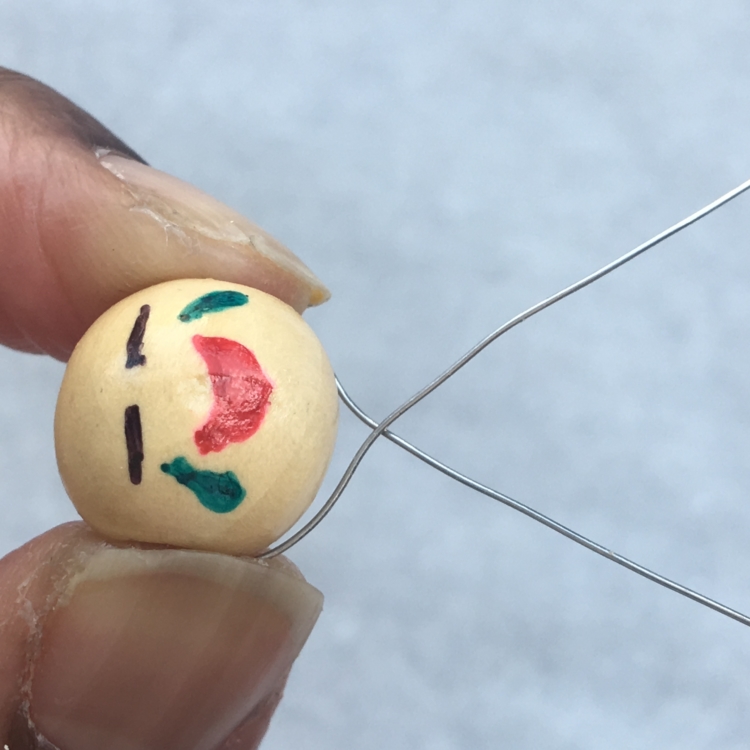 Position the head half way on the wire and pull it tight against the head.  Bring the two sides together and overlap as shown in the photo. 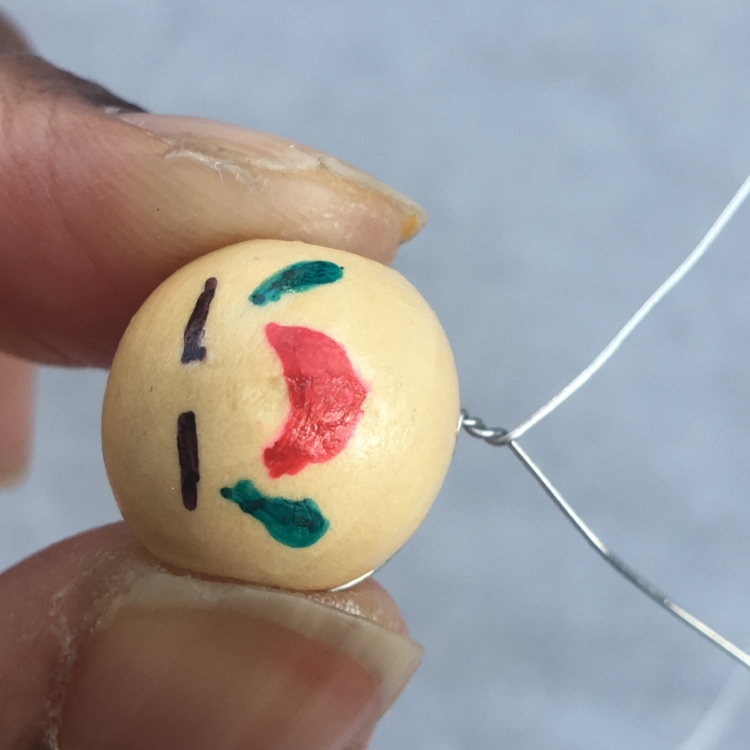 Holding both sides of the wire close to the head bead. twist four times. This creates the neck. 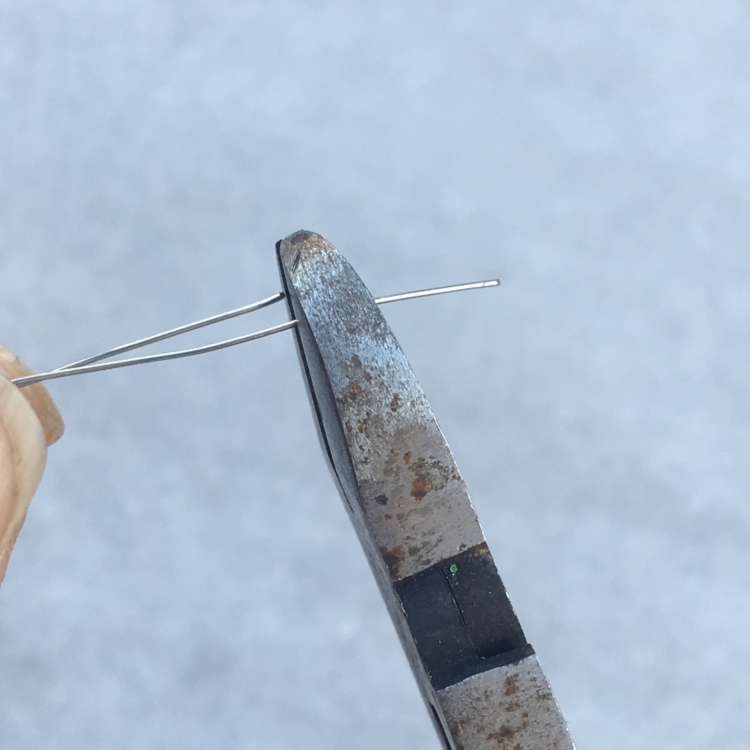 Pull the two wires together and line them up to make sure the tips are even.  If not, snipe the longer end off. 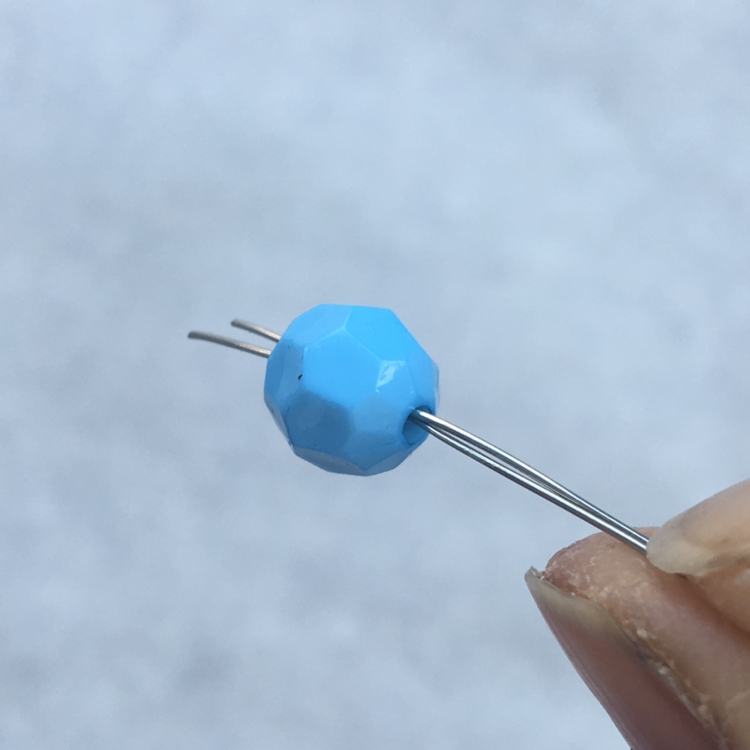 Once the ends are even, put the first bead through both wires.  This will be the neck so keep in mind your design pattern as you move on from this point forward. 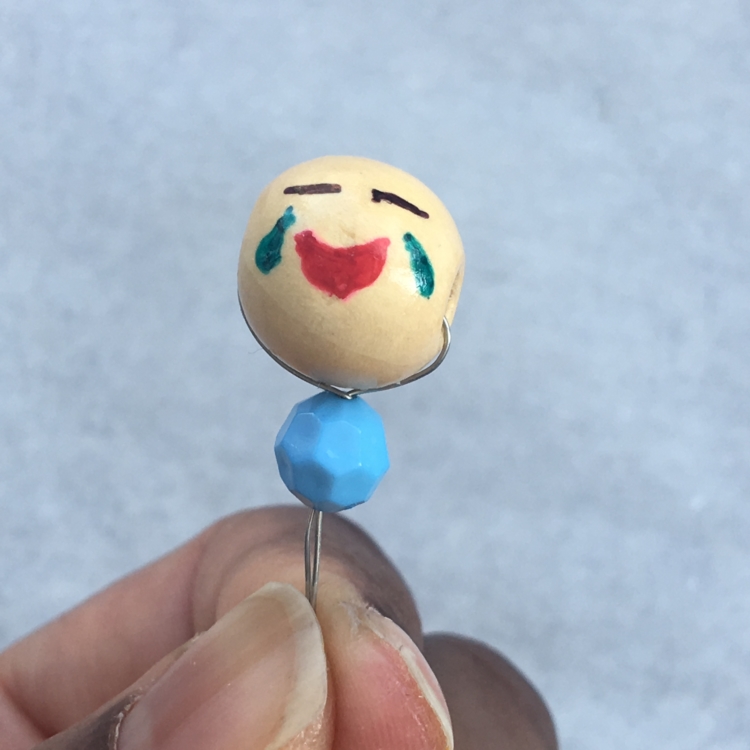 Pull the bead tight right up to the head. 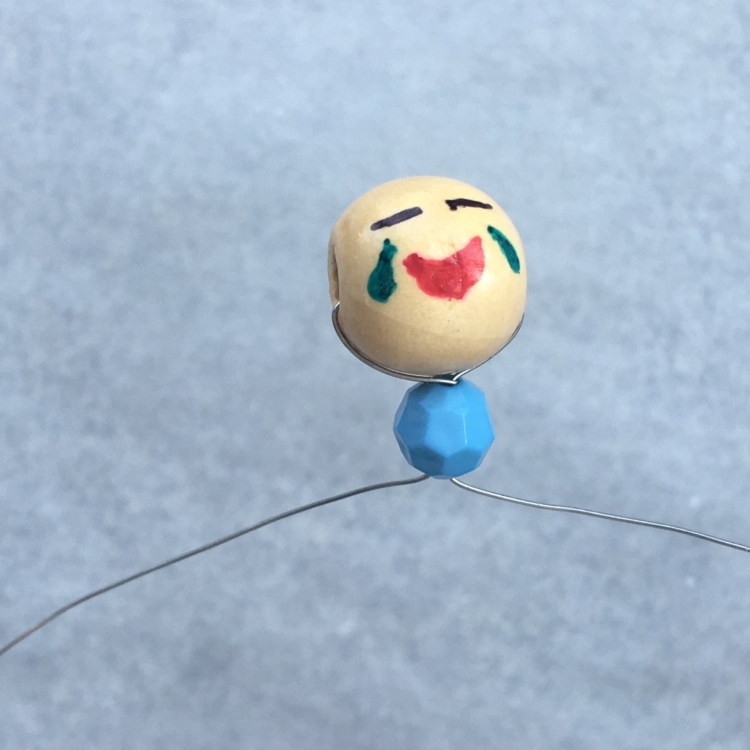 Next, separate the wires so that they are pointing in opposite directions. 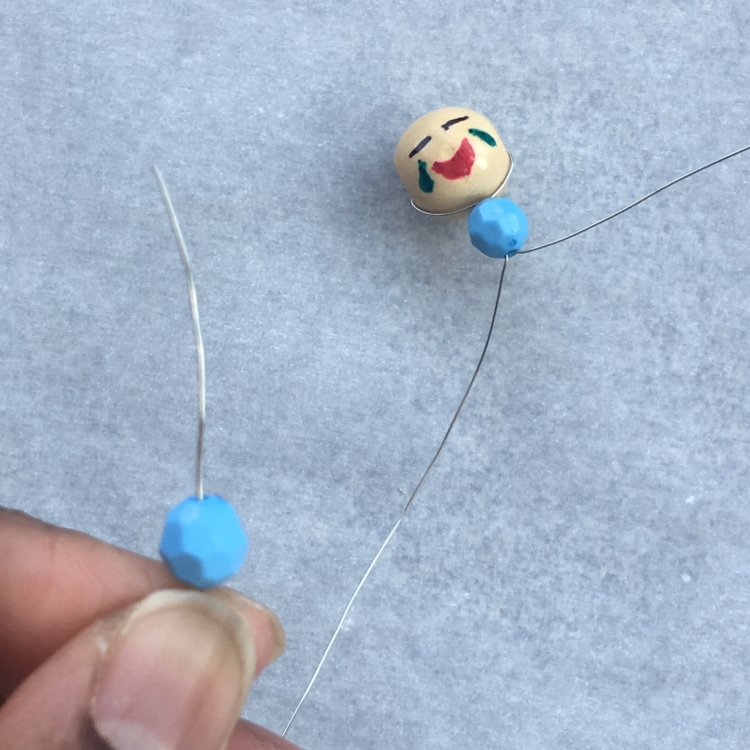 Then, starting with one side at a time, add three beads to create an arm. 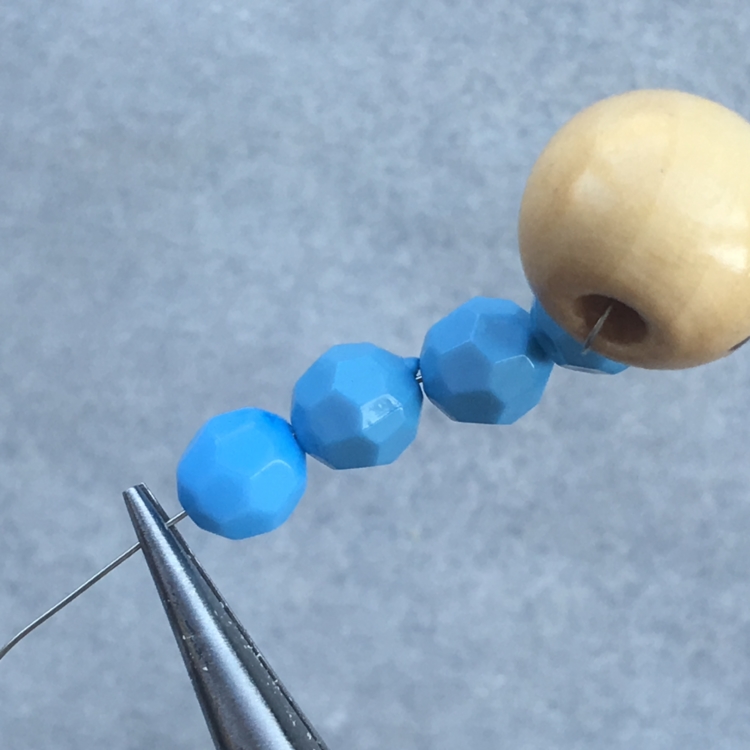 Once the three beads are placed on the wire, use your round nose plier to create the hand.  Make sure that the pliers are not placed flush against the beads or the wire will break in either of the next two steps. 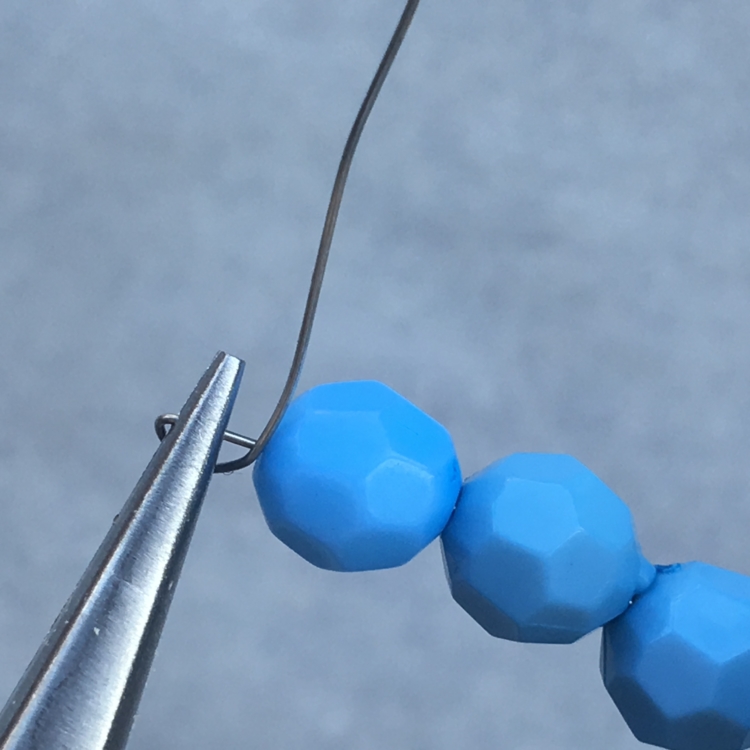 Wrap the wire around one of the nose to create a loop, as shown in the photo above. 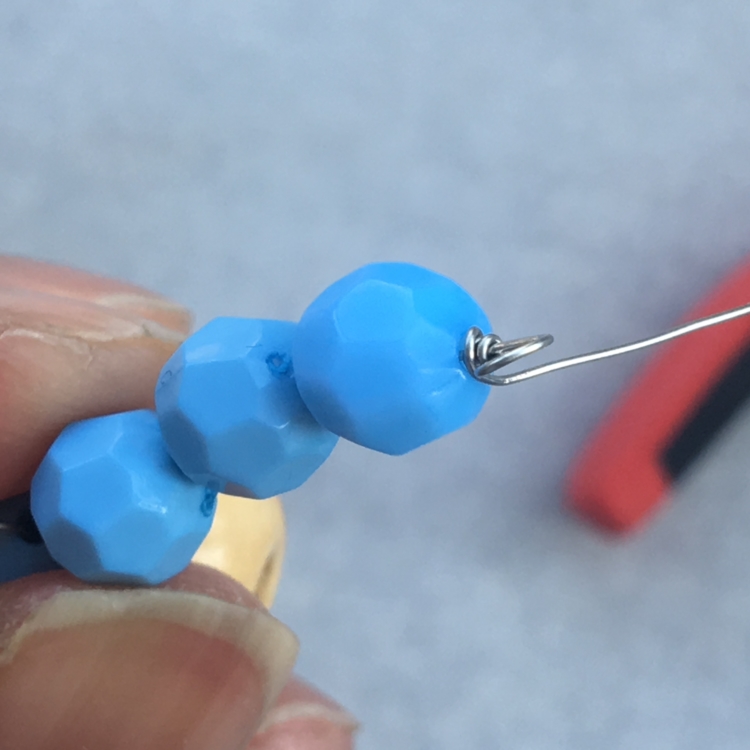 Then wrap the wire 3 times around itself.  Make sure that the wraps are not too close to the beads so they have a little room to back and forth a little. 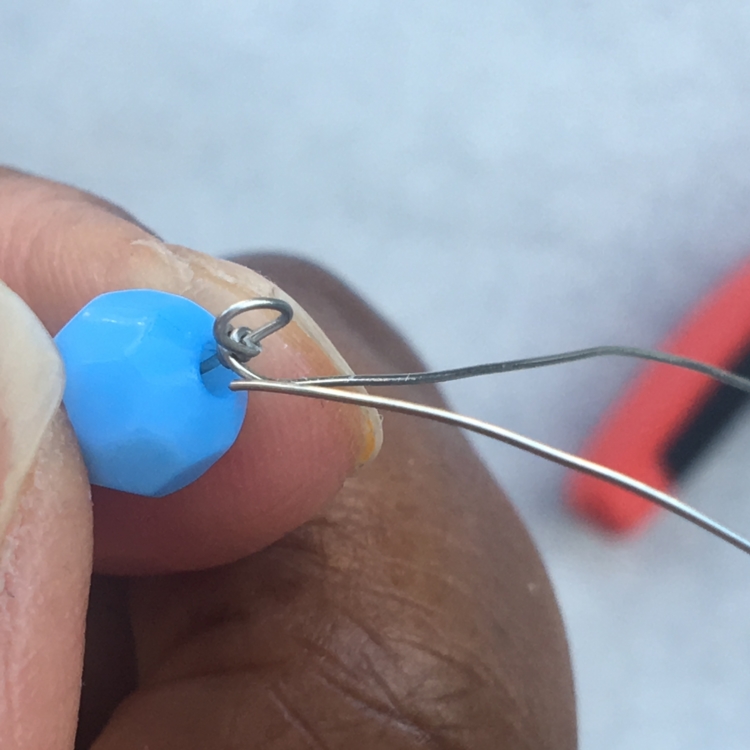 Then take the end of the wire and pull it back through all three beads. 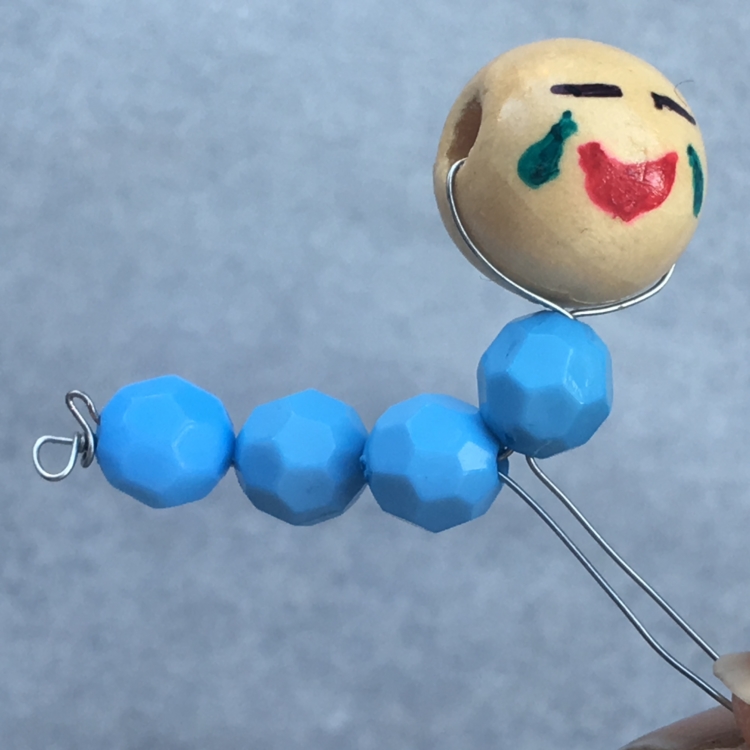 This is roughly what it should look like once pulled through. 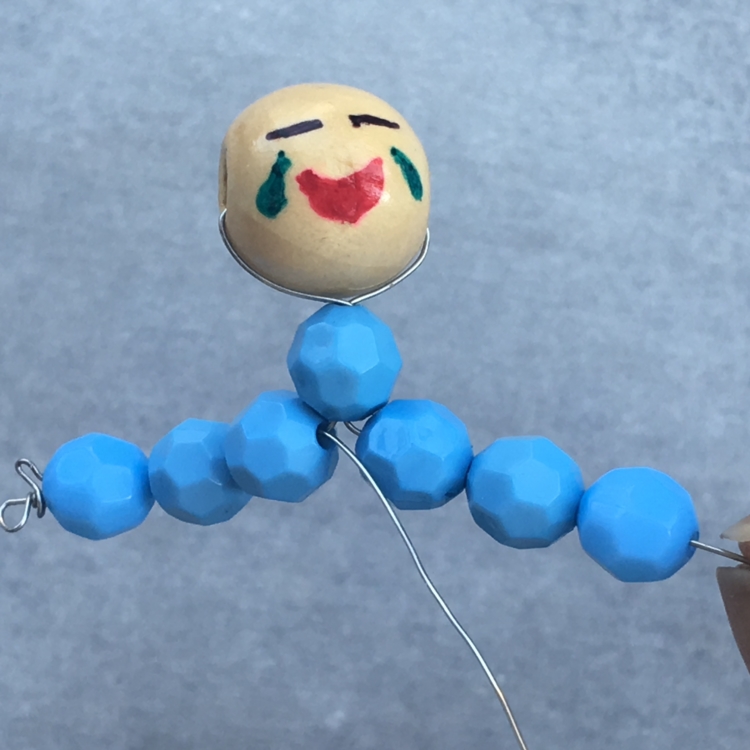 Repeat for the other arm. 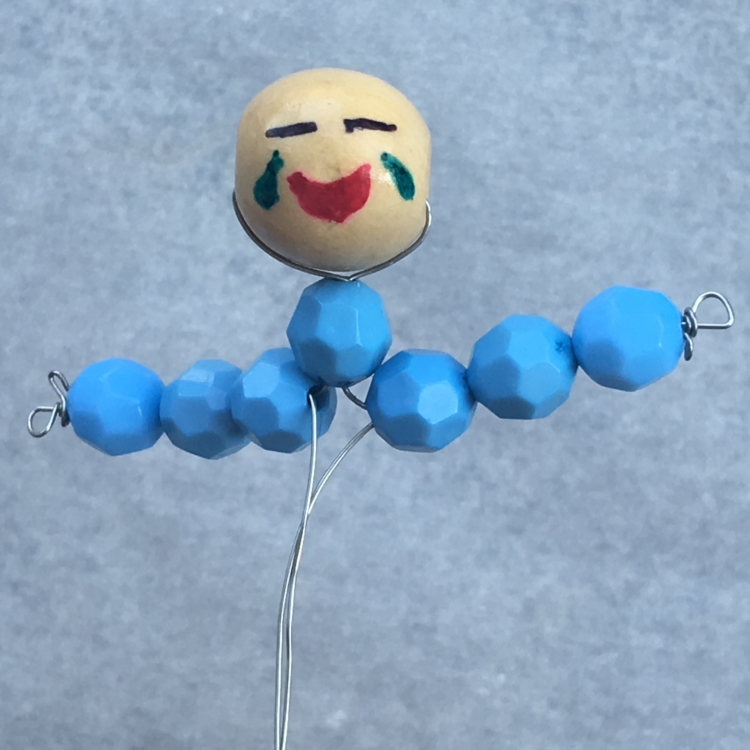 Both arms are now done.  Time to work on the torso area.  Bring the two sides of the wire together again.  If the ends are not even, snip off the long bits. 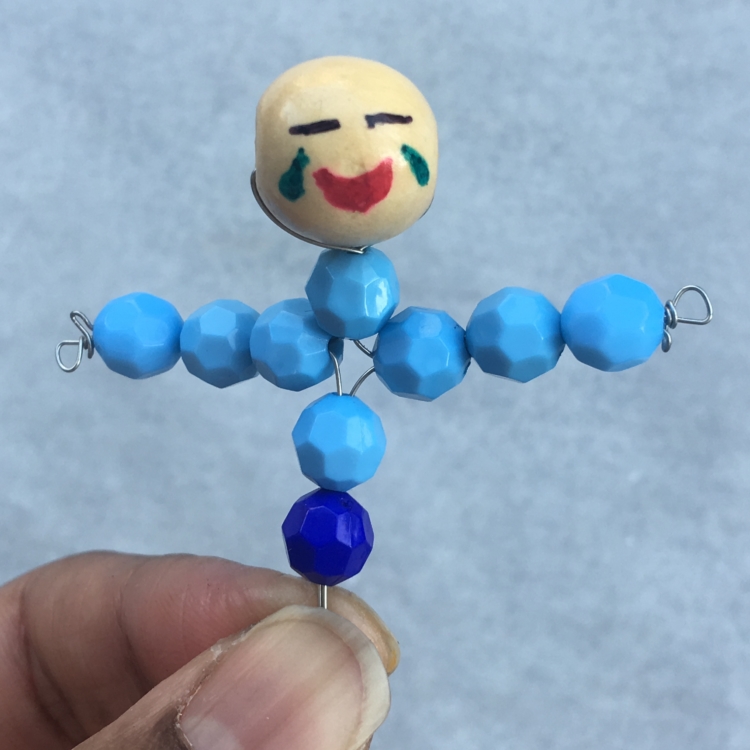 Add the two beads to create the torso. 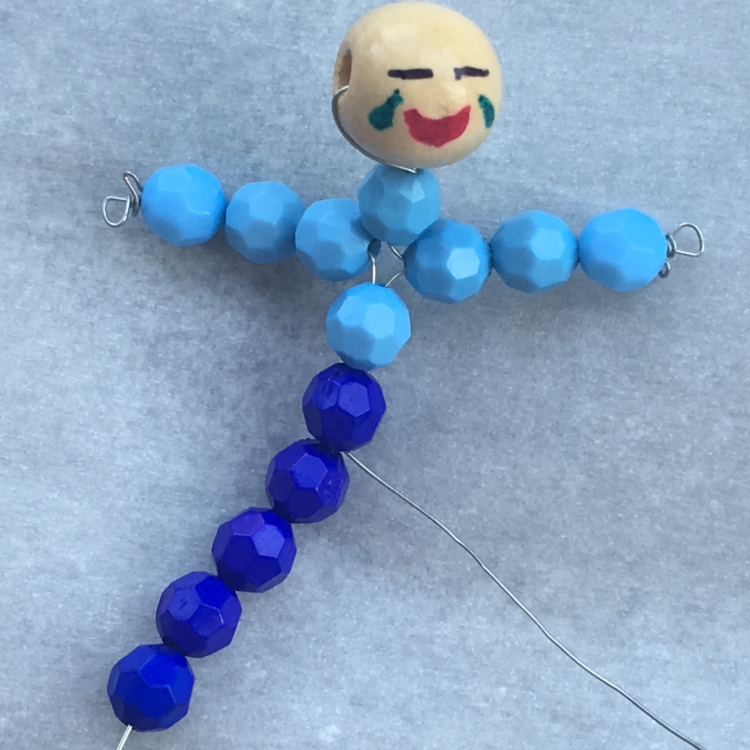 To create the legs, separate the two wires again and add four beads to one of the wires. 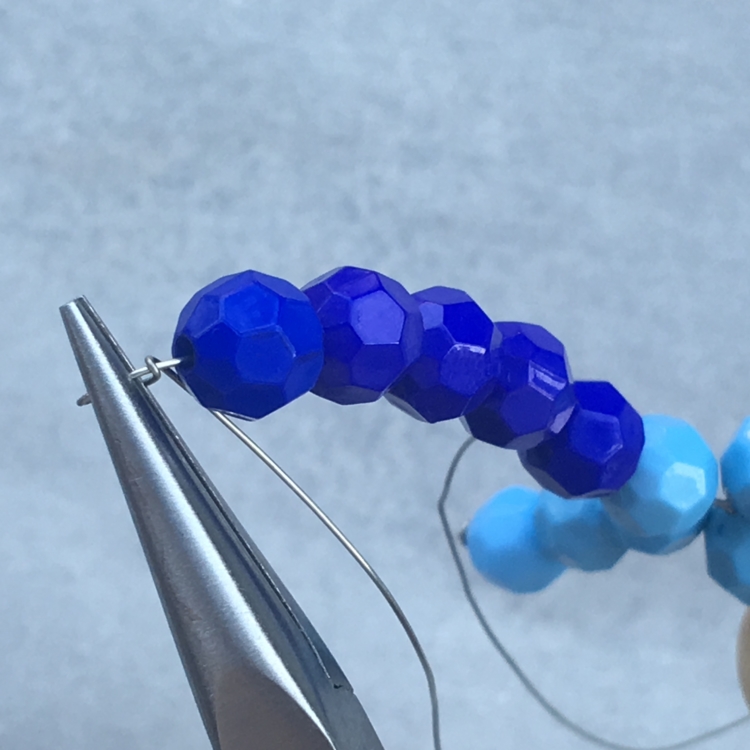 As was done with the arm, use the pliers to create a loop and wrap around three times to secure the wire. 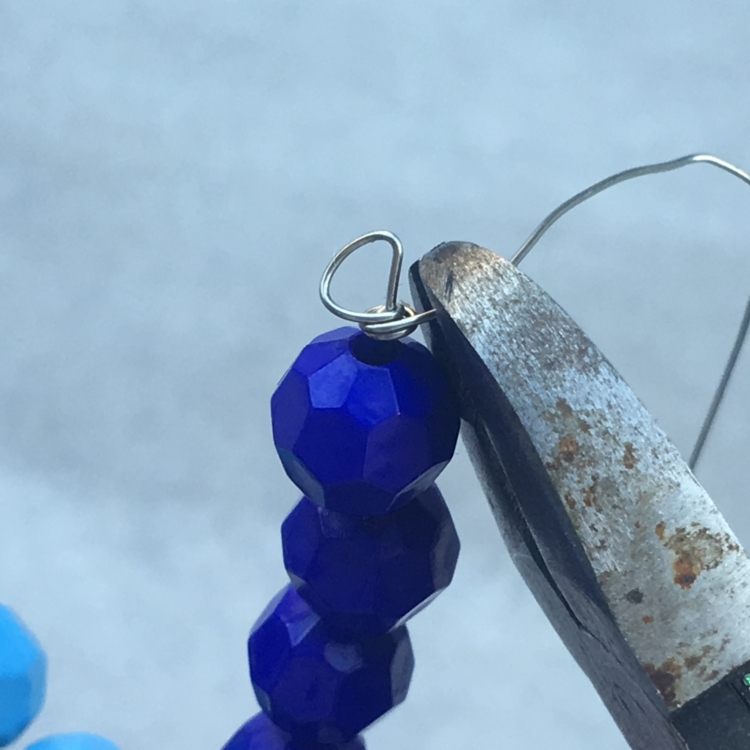 Snip off any excess wire … 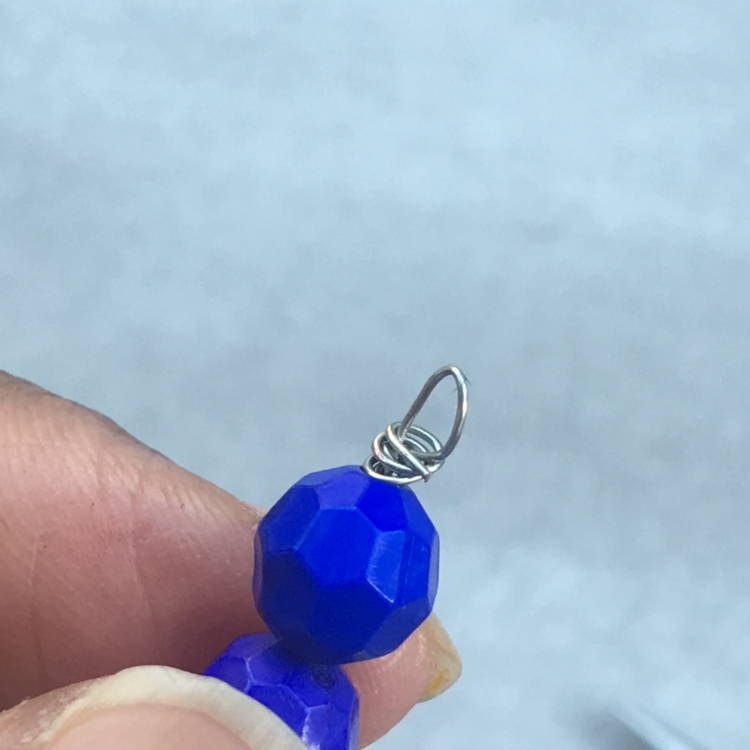 … and make sure you tuck the end in with pliers. 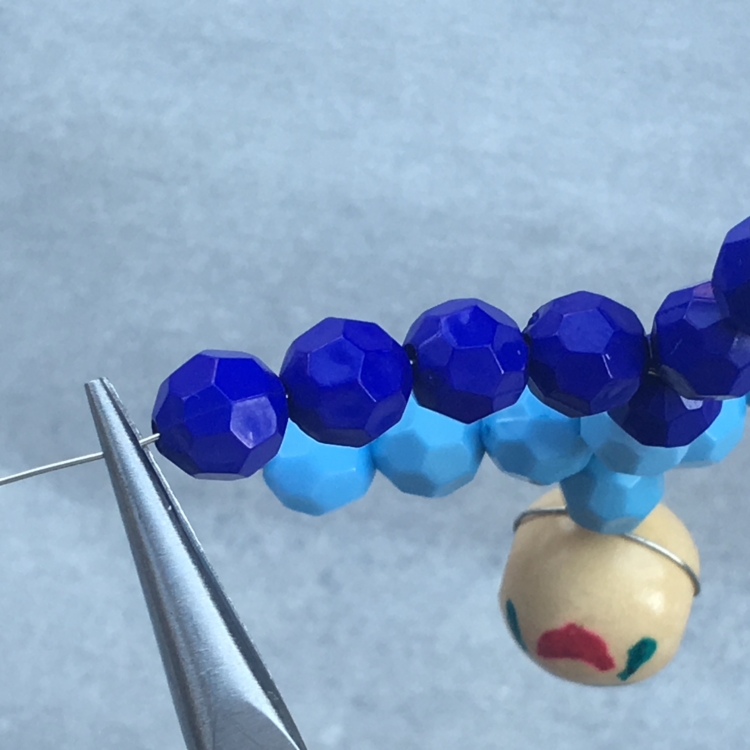 Repeat on the other side to create the second leg. 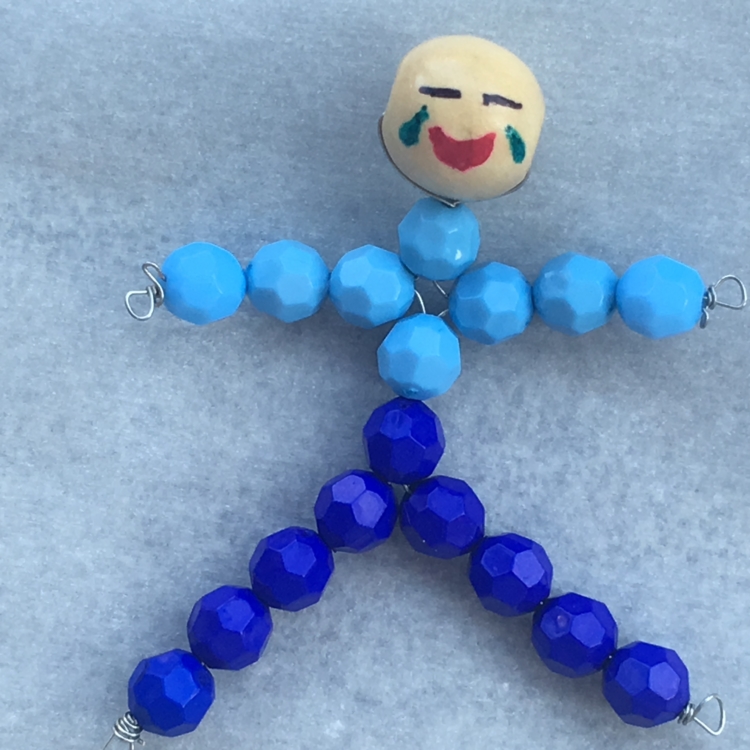 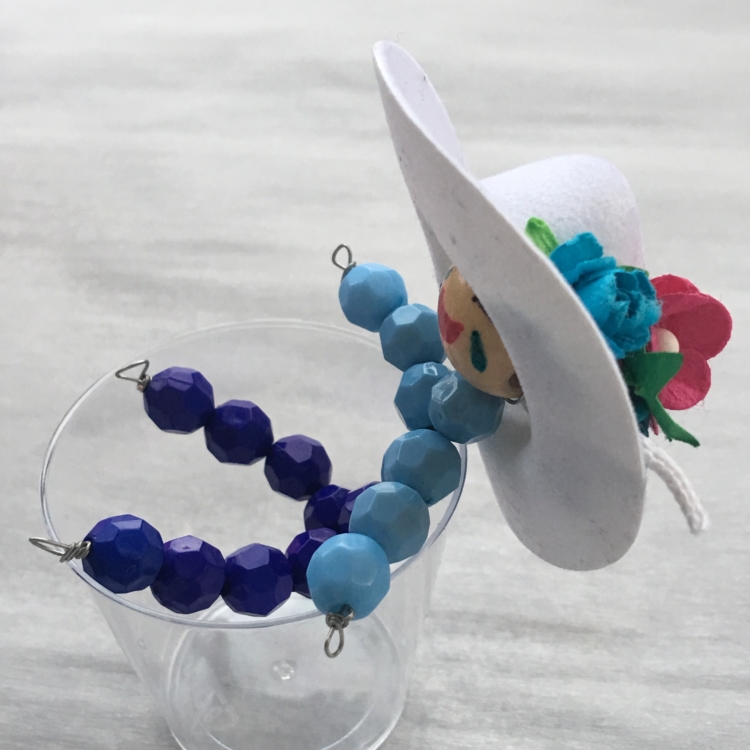 Here is my doll just hanging out. 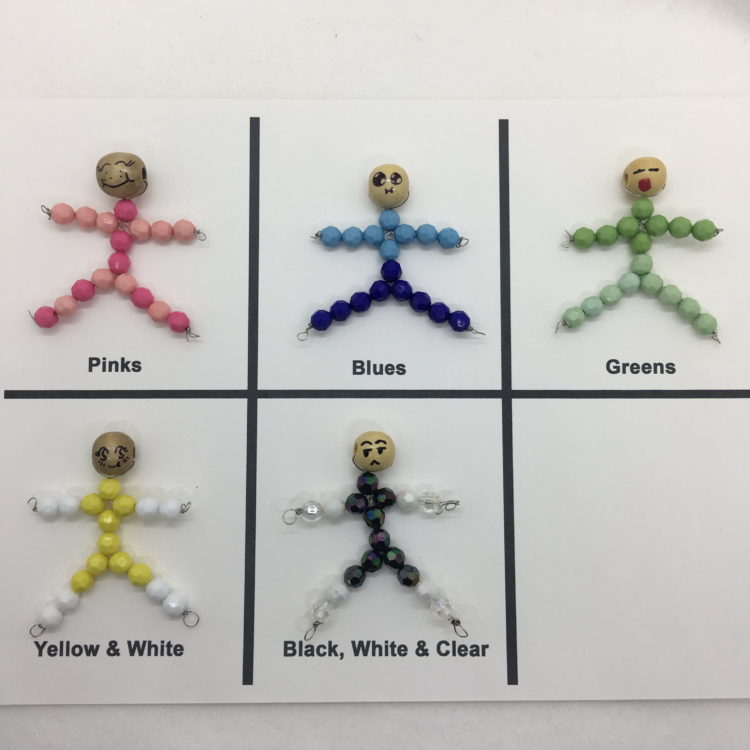