During the spring 2018 term, I was looking for a jewelry activity to do with my Craft Market students.  For the winter term, we had used the basic French braid to make friendship bracelets.  But now I wanted a fairly easy technique to make a different bracelet. 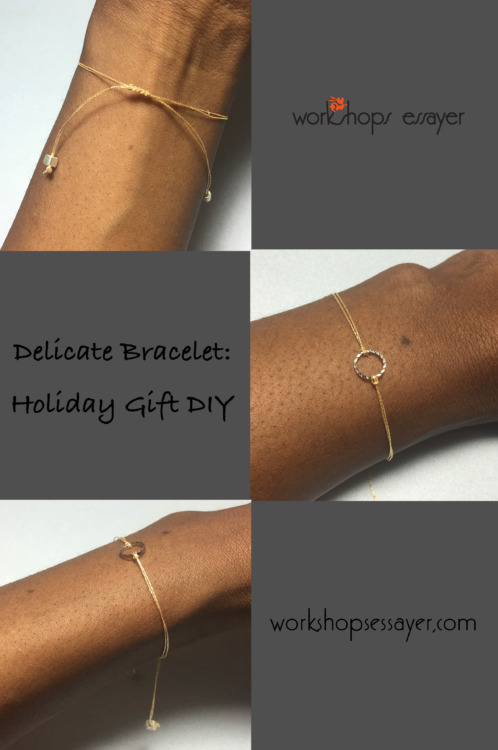 I came across a DIY on Pinterest one night and loved it so much we ended up doing it during the spring term.  I’m disappointed that I don’t have pictures cos I thought the kiddos did a really good job.I used to be better at taking pictures during class.

Anyway, check out the DIY below … 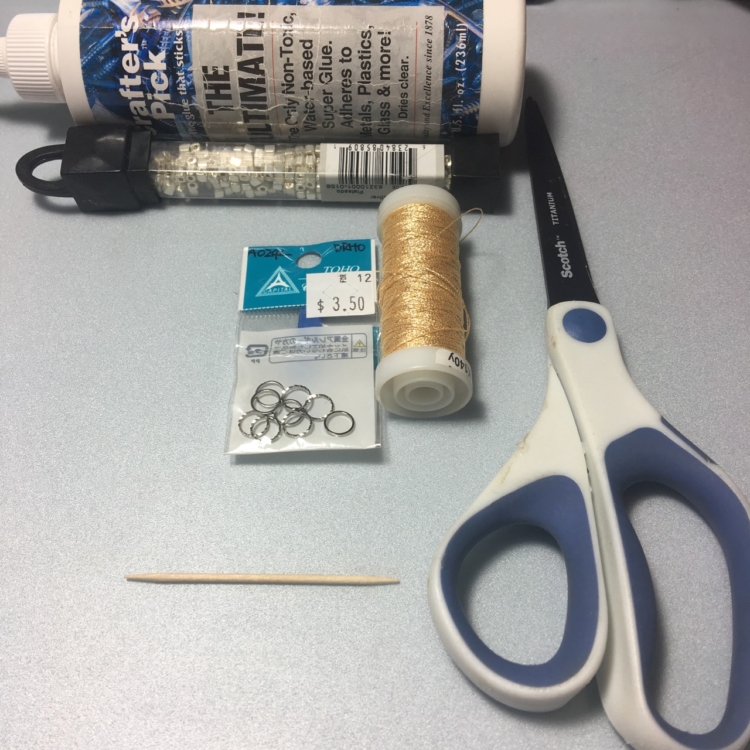 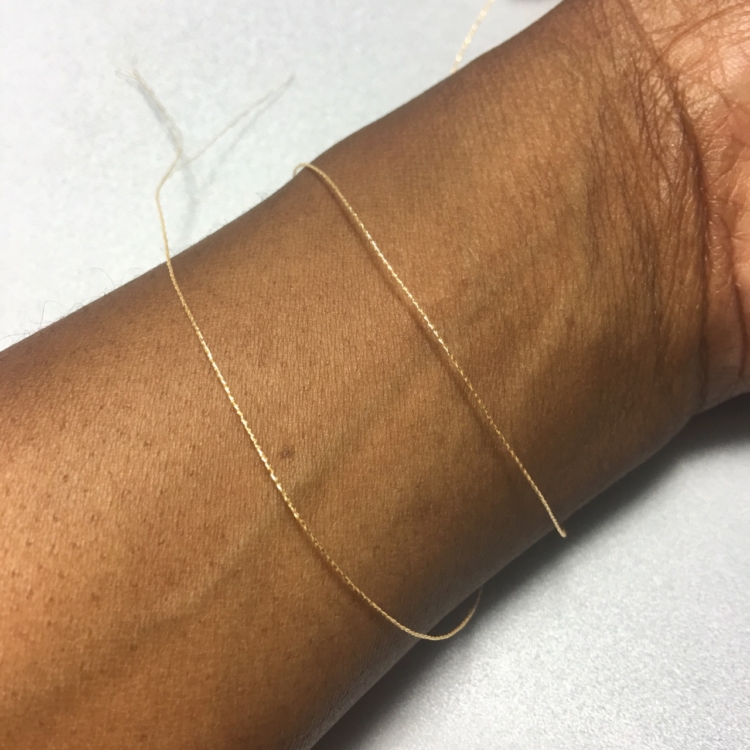 Measure the cording.  I did this by wrapping the cording twice loosely around my wrist.  Keeping a note on the cut off point, I cut two equal lengths. 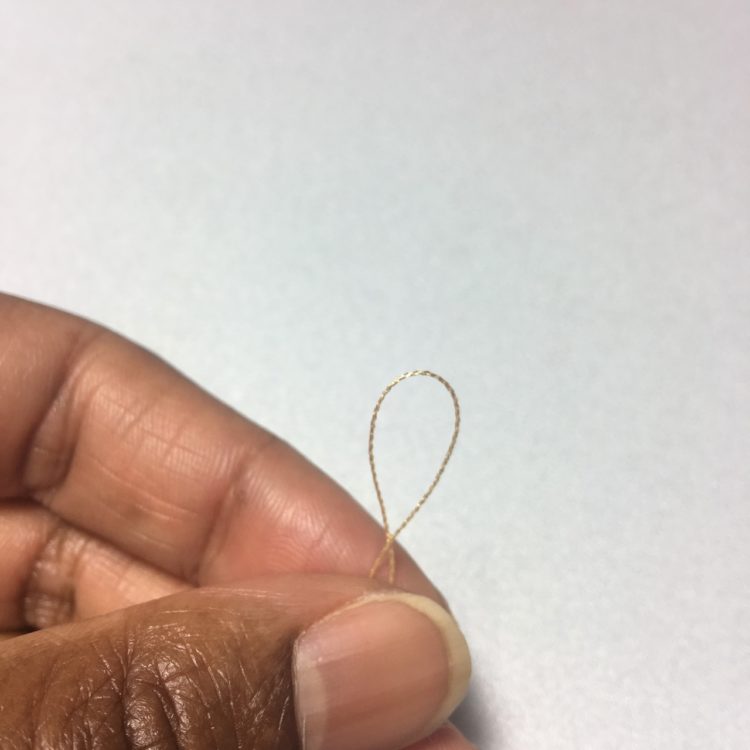 Taking one of the two cording, fold it in half to create a loop.  We will be using a larks head knot, also called a cow hitch knot to attach the cording to the pendant. 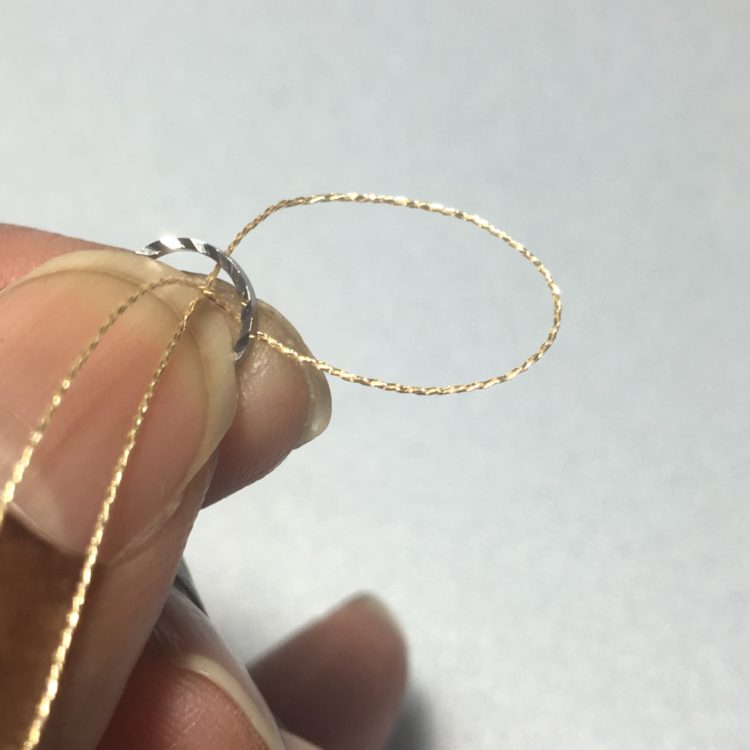 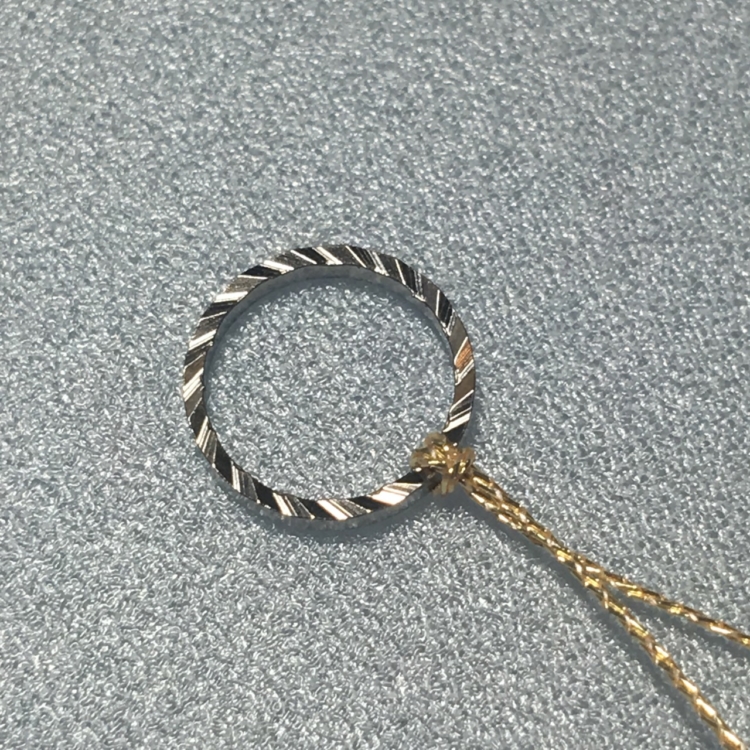 Pull the ends tight to create the larks head knot. 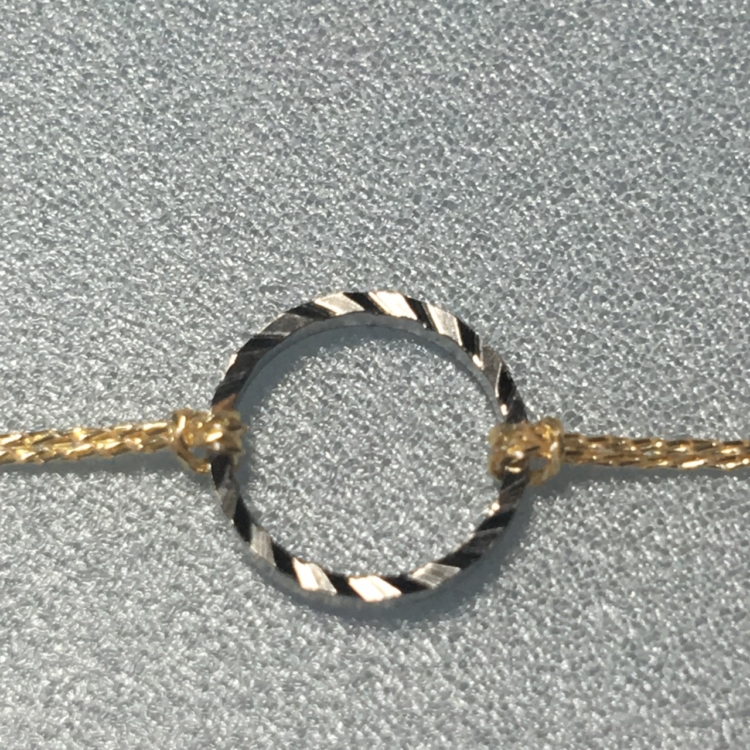 Repeat on the other side. 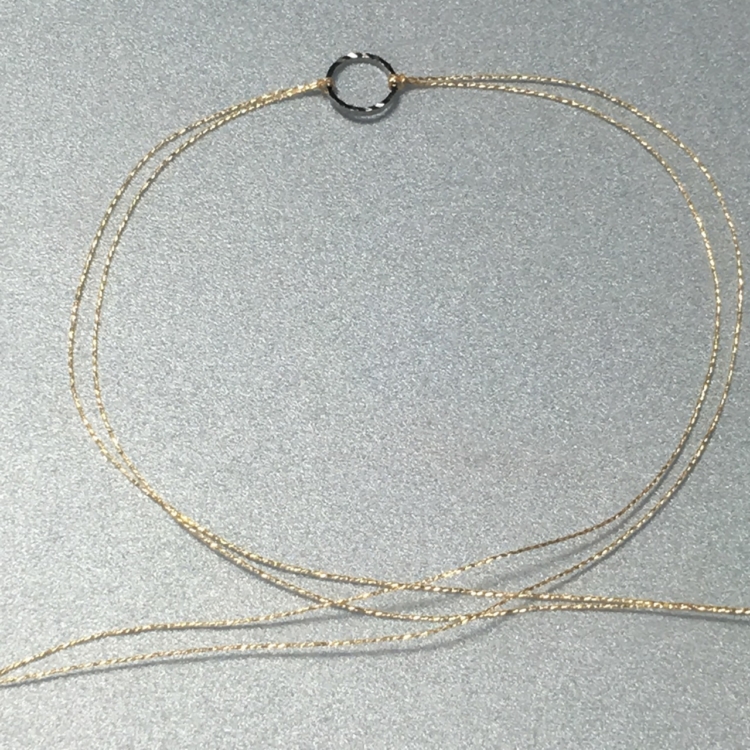 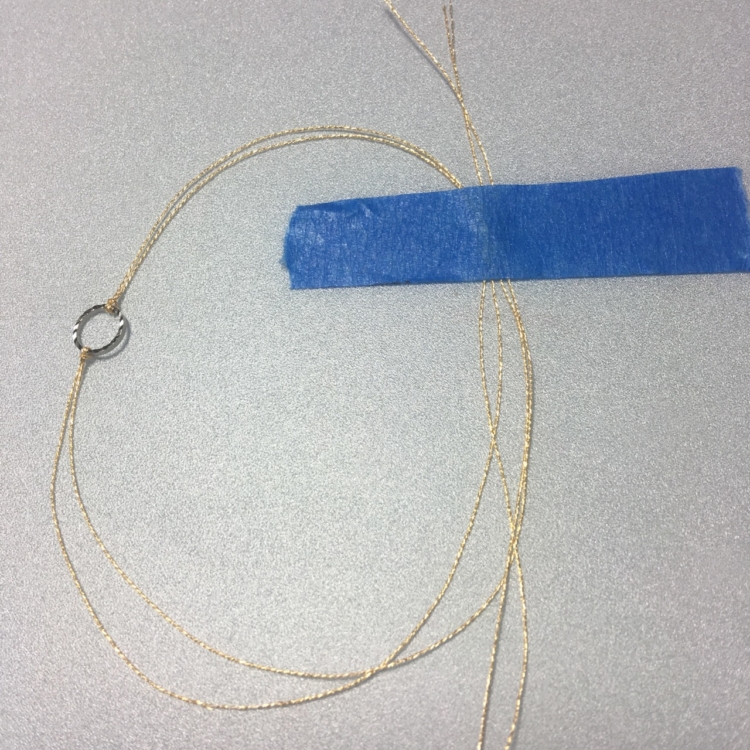 Tape the overlapped section to your work space as shown above. 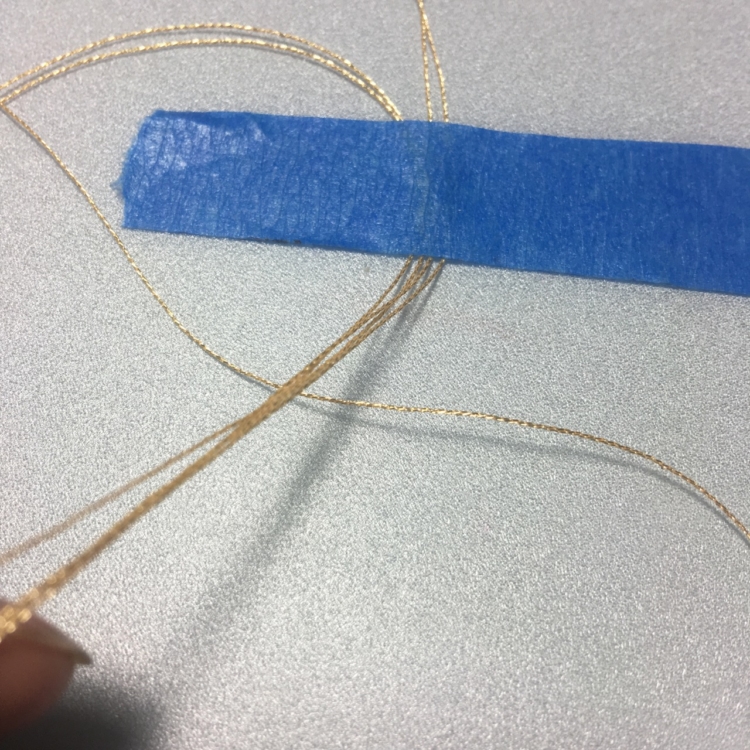 Cut another piece of cording, one loose wrap around the wrist.  Pull it under the four strands of cording taped down.  To allow me to extend the bracelet as needed, I use the basic square knot macrame technique.  Because the cording I am using is very thin, I know that it is difficult toe see the technique clearly, so I recommend looking at this tutorial to get a better sense of how to do this. 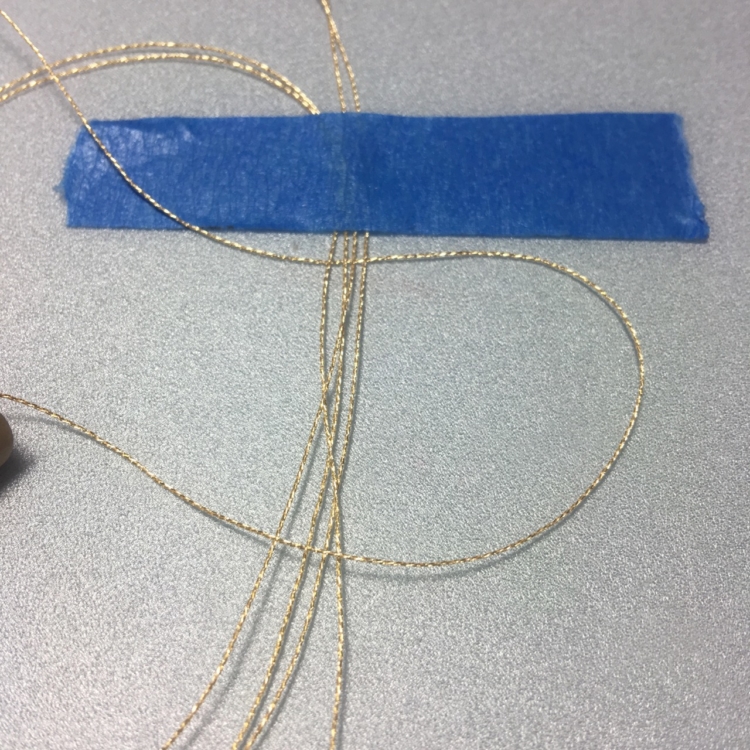 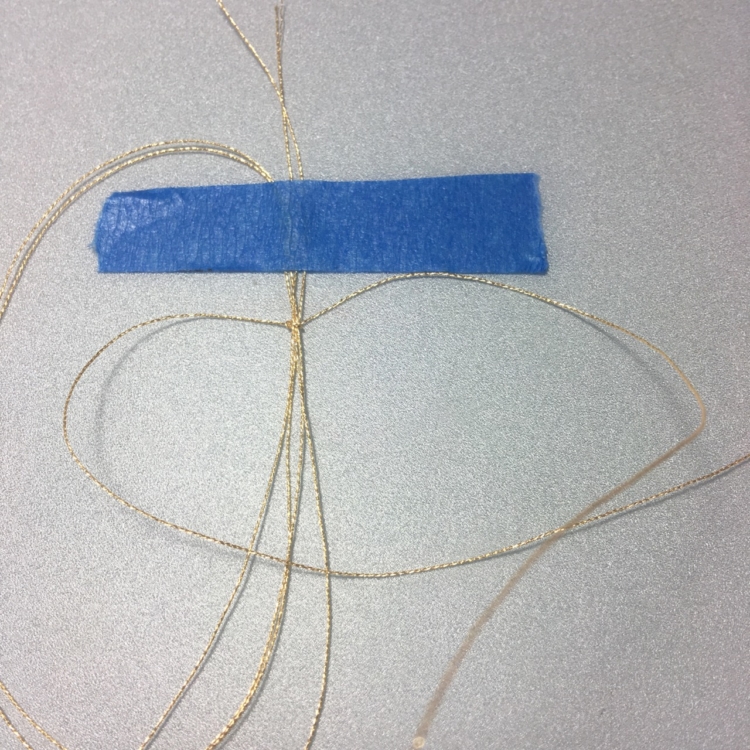 Repeat the technique  on the other side. 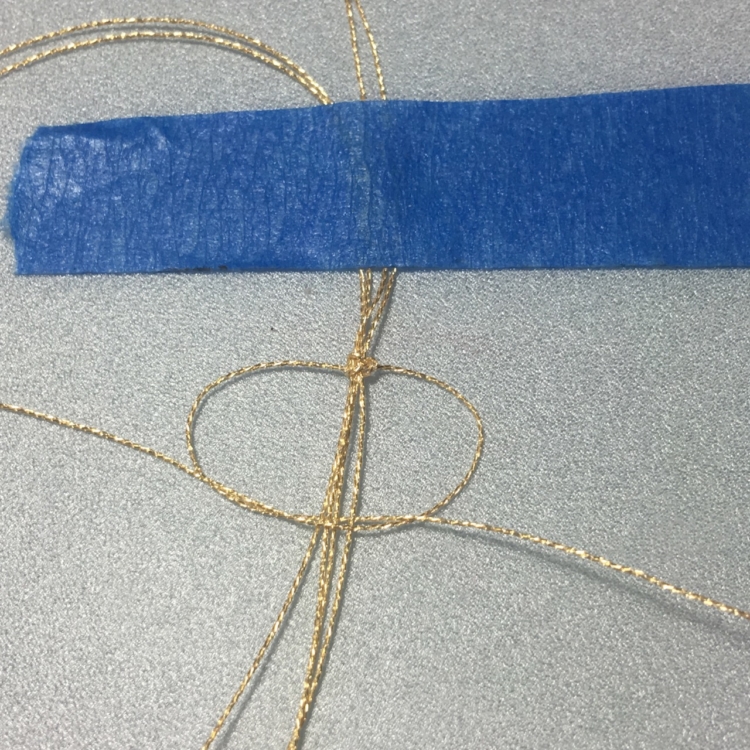 Pull the second knot tight.  Continue with the technique until you have created 5 to 10 knots, depending on the size of the cording: the thicker the cording the less knots you need, 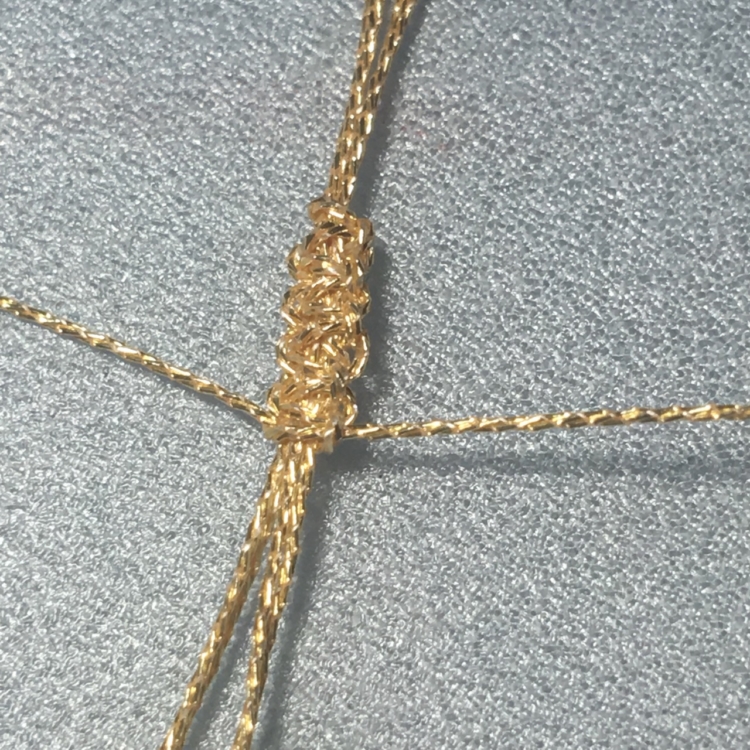 I tried to take a photo of my 10 knots but I know it is hard to see.  Again my cording is quite thin, which is great for the delicacy of the bracelet, but not so much to show the clear specific detail.  Once you have the right number of knots, just double knot the ends. 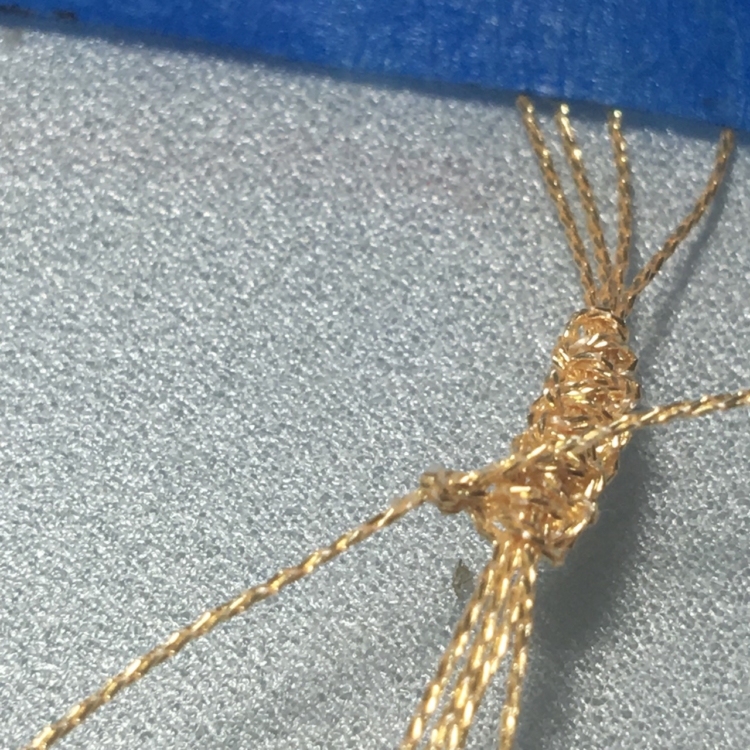 Make sure to put a dab of glue between each double knot.  If you don’t add the glue, the knots will come undone.  But also be aware that the glue should not touch the four center cording or the rest of the square knots or you will not be able to adjust the bracelet. 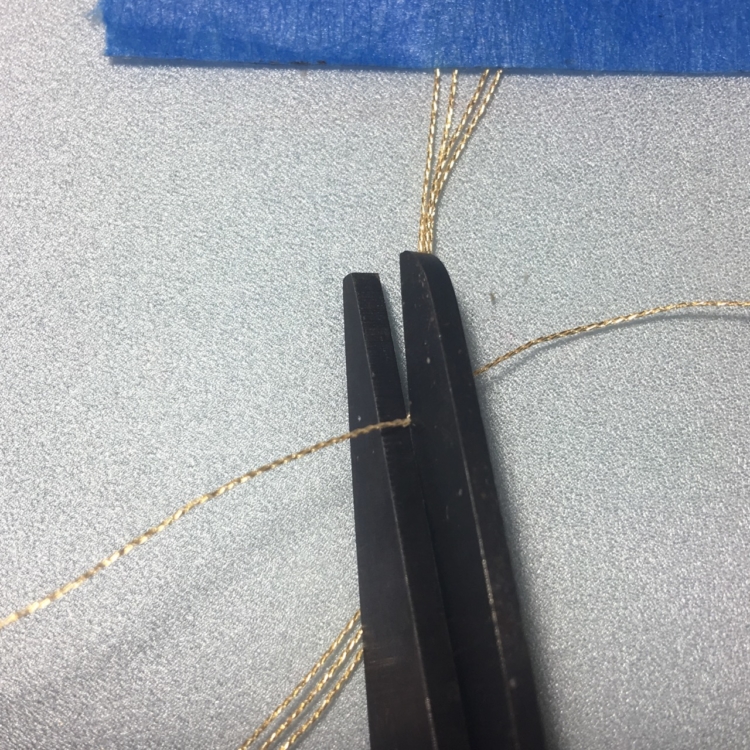 All the glue to dry then cut off the ends as close to the knot as possible. 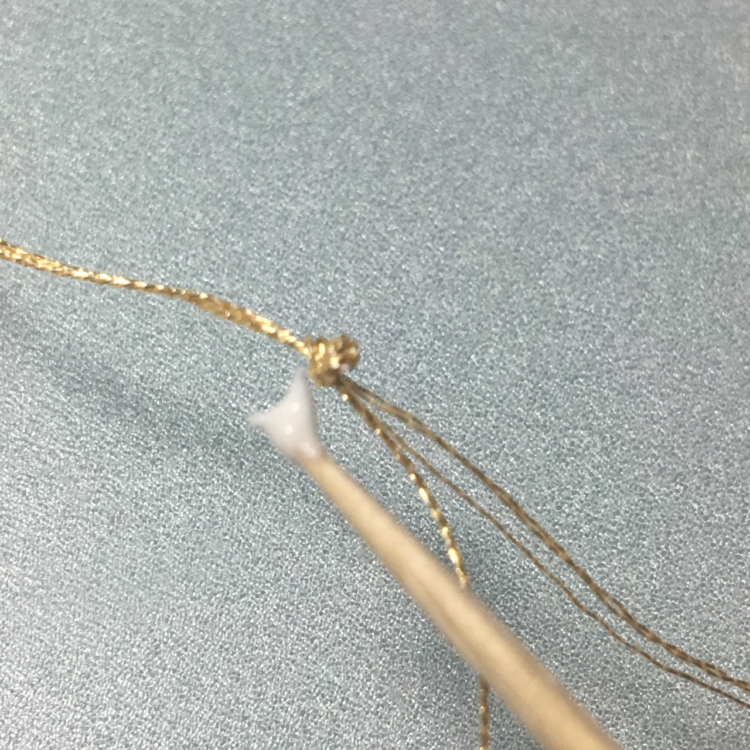 Finish off with a small dab of glue on the cut tips.  Again, allow to dry before moving on to the next steps. 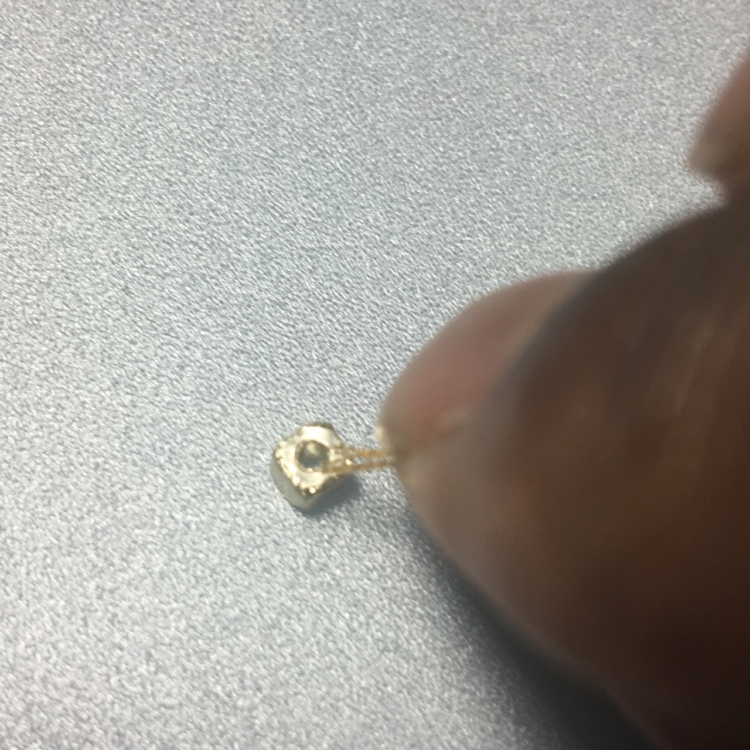 Once the glue has dried, take one of the double ends of the bracelet and pierce them through a bead. 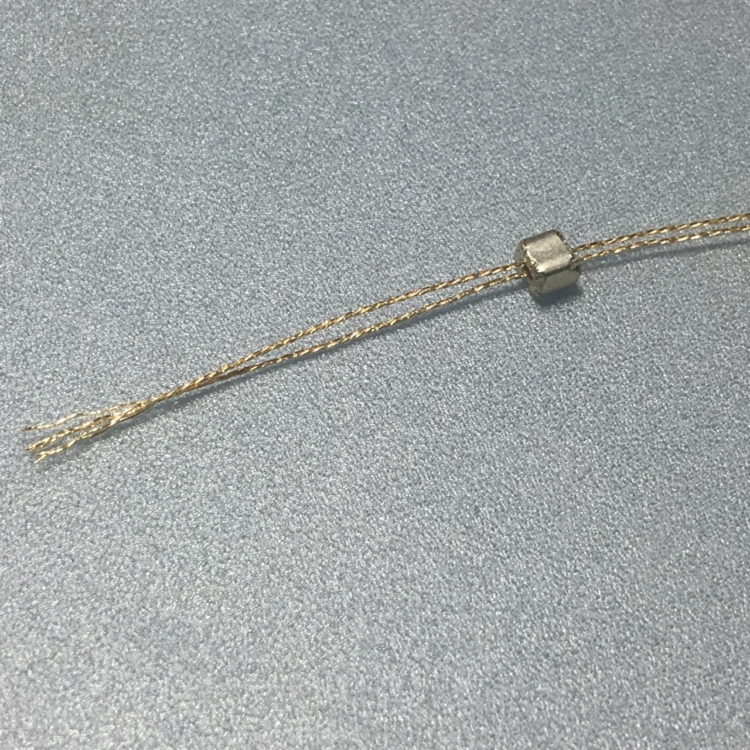 Once they have gone through, Measure out how long you want the ends to be and make a know on the outer side. 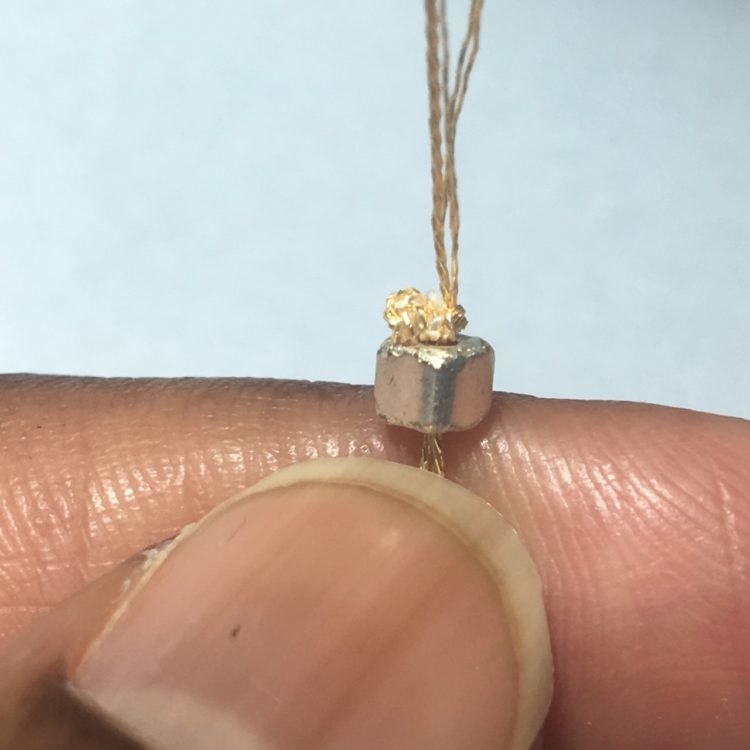 I double and treble noted the ends until the knot was bigger than the end hole.  I cut the end pieces I don’t need anymore.  I added a dab of glue on the cut. Then repeated the process on the other side. 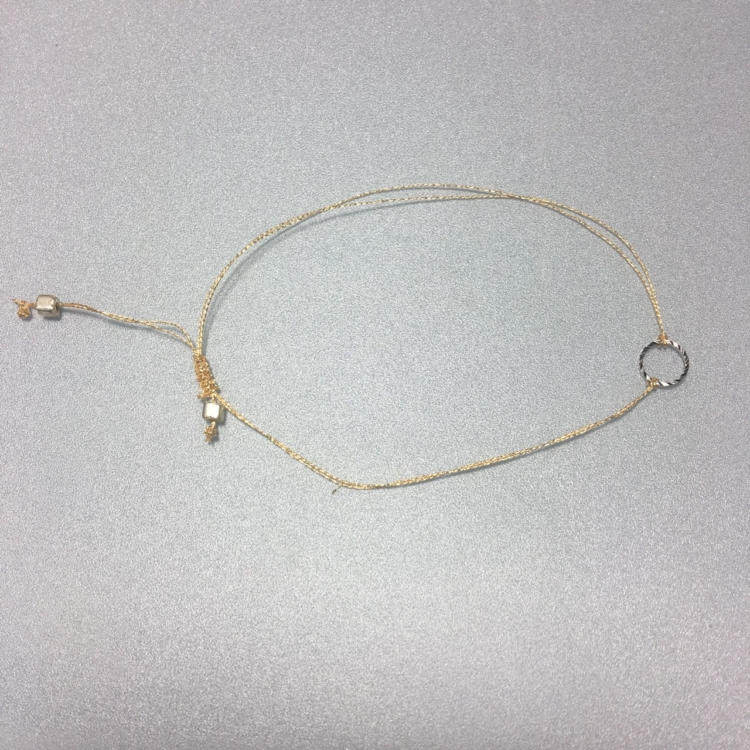 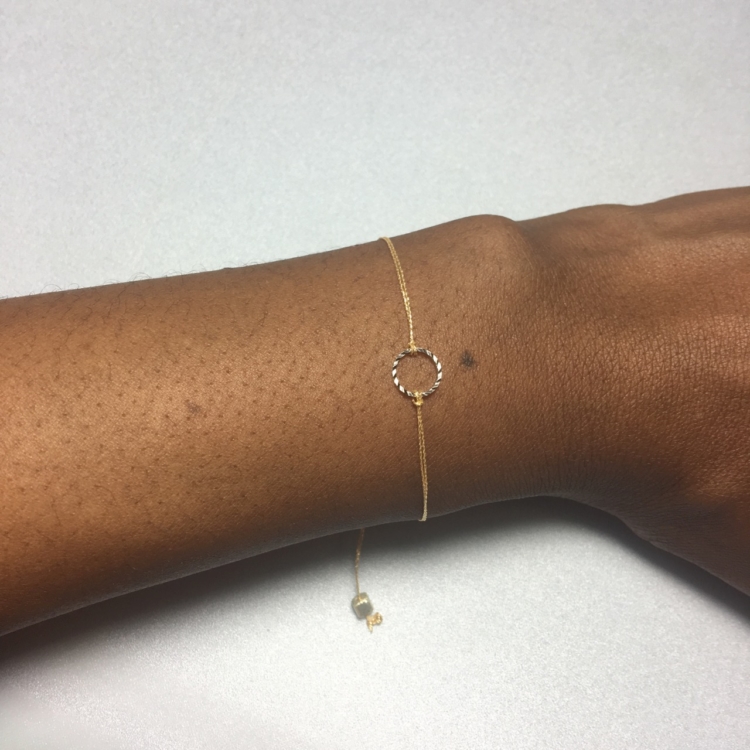 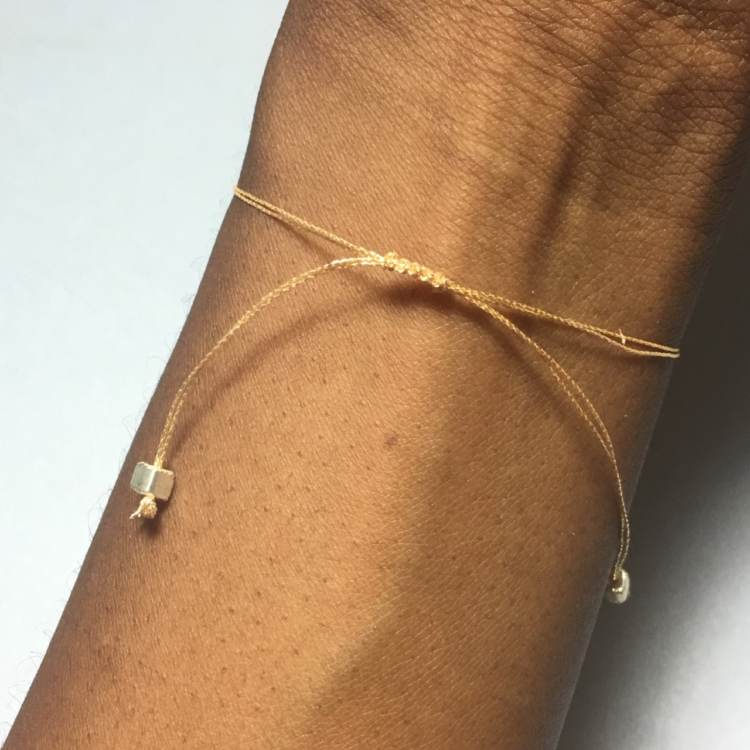 View from the bottom of the bracelet. 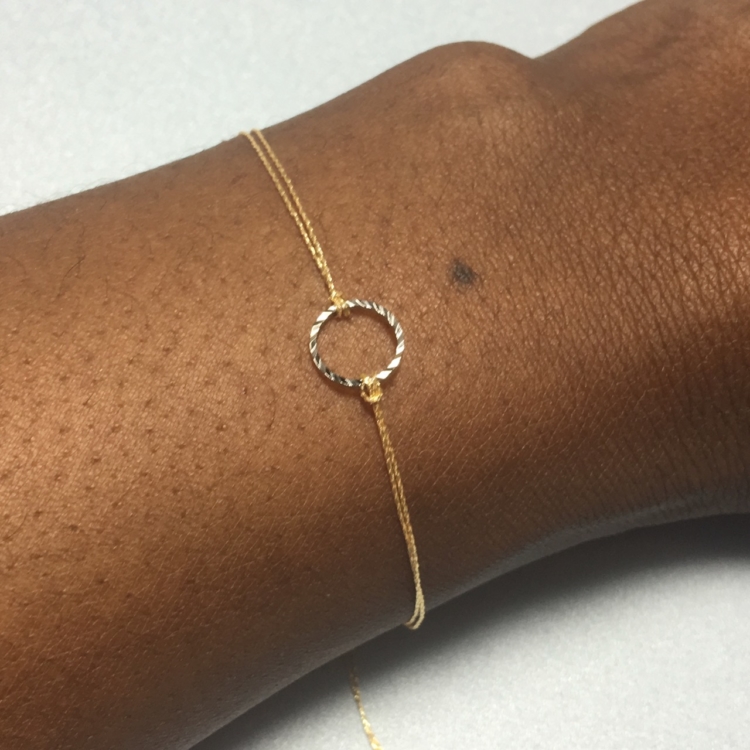 A close up from the top 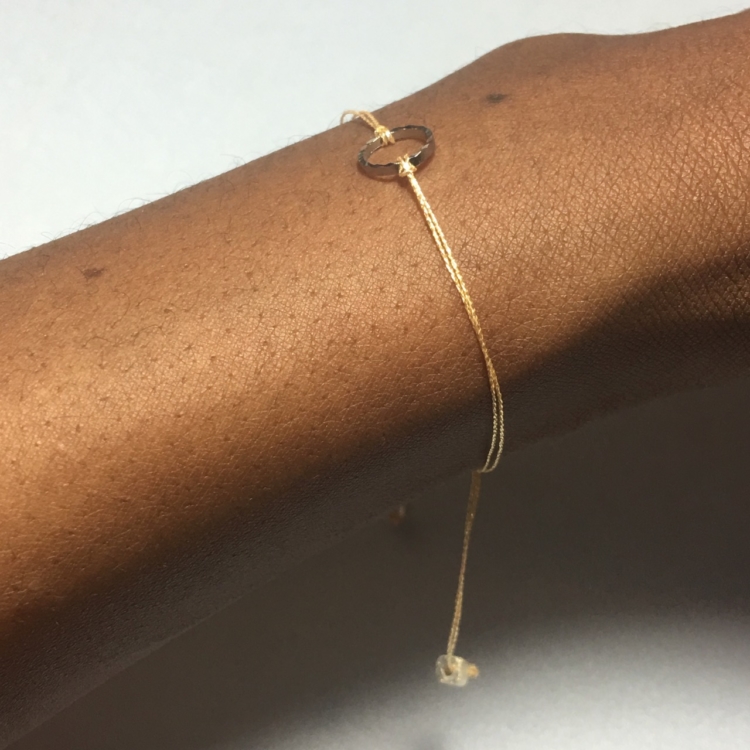